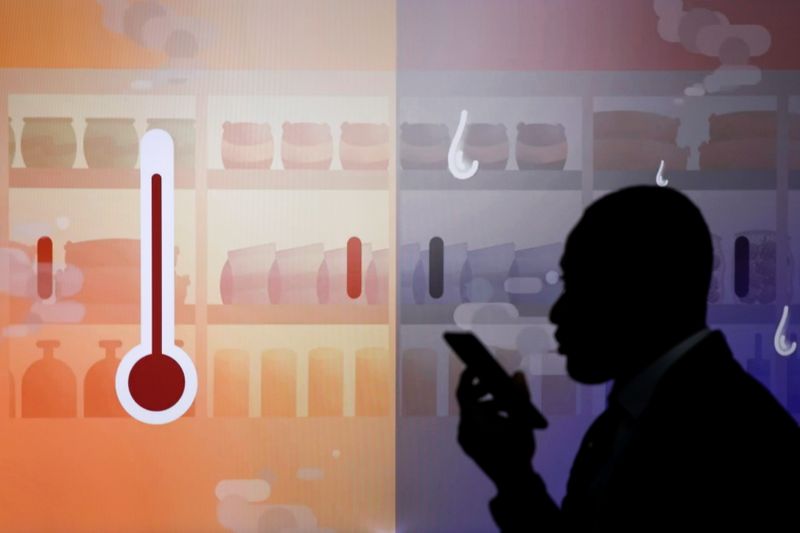 By Jake Spring and William James

GLASGOW (Reuters) – Leaders at the COP26 global climate conference https://www.reuters.com/business/cop in Glasgow have pledged to stop deforestation by the end of the decade and slash emissions of the potent greenhouse gas methane.

While major powers have traded blame for the world’s inability to agree on rapid reductions in the use of fossil fuels to limit global warming to manageable levels, there are at least signs of resolve in other areas.

Nearly 90 countries have joined a U.S.- and EU-led effort to slash emissions of methane 30% by 2030 from 2020 levels, a senior Biden administration official said ahead of a formal announcement on Tuesday.

Methane is more short-lived in the atmosphere than carbon dioxide but 80 times more potent in warming the earth. As a result, cutting emissions of the gas, which is estimated to have accounted for 30% of global warming since pre-industrial times, is one of the most effective ways of slowing climate change.

The Global Methane Pledge, which was first announced in September, now includes half of the top 30 methane emitters, accounting for two-thirds of the global economy, according to the U.S. official.

Among the new signatories to be announced on Tuesday is Brazil – one of the world’s five biggest emitters of methane, which is generated in cows’ digestive systems, in landfill waste and in oil and gas production. Three of the others – China, Russia and India – have not signed up, while Australia has said it will not back the pledge.

Humanity has also boosted the greenhouse gases in the atmosphere by cutting down the forests that absorb roughly 30% of carbon dioxide emissions, according to the nonprofit World Resources Institute.

More than 100 national leaders on Monday pledged to halt and reverse deforestation and land degradation by the end of the decade, underpinned by $19 billion in public and private funds to invest in protecting and restoring forests.

“Let’s end this great global chainsaw massacre by making conservation do what we know it can do and deliver long-term sustainable jobs and growth as well,” British Prime Minister Boris Johnson said.

Under the agreement, 12 countries pledged to provide $12 billion of public funding between 2021 and 2025 for developing countries to restore degraded land and tackle wildfires.

At least $7.2 billion will come from private sector investors representing $8.7 trillion in assets under management, who also pledged to stop investing in activities linked to deforestation such as cattle, palm oil and soybean farming and pulp production.

Five countries including Britain and United States and a group of global charities also pledged to provide $1.7 billion to support indigenous people’s conservation of forests and to strengthen their land rights.

Brazil, which has already cleared vast swathes of the Amazon (NASDAQ:) rainforest, did make a new commitment on Monday to cut its greenhouse gas emissions by 50% by 2030, compared with a previous pledge of 43%.

And Prime Minister Narendra Modi for the first time set out a target date for India, heavily reliant on coal, to reduce its carbon emissions to a level it can absorb, albeit only in 2070 – 20 years beyond the U.N.’s global recommendation.

But there is little sign so far of greater shared resolve by the world’s two biggest carbon emitters, China and the United States, which together account for more than 40% of global greenhouse gas emissions but are at odds on a host of political and commercial issues.

U.S. President Joe Biden has singled out China and leading oil producer Russia for failing to step up their climate goals in Glasgow.

Beijing has rejected Washington’s efforts to separate climate issues from their wider disagreements.

The Communist Party-run Global Times said in an editorial on Monday that the United States should not expect to be able to influence Beijing on climate while attacking it on human rights and other issues.

It said Washington’s attitude had made it “impossible for China to see any potential to have fair negotiation amid the tensions”.China said on Tuesday that President Xi Jinping, who decided not to attend in person, had not been given an opportunity to deliver a video address, and had to send a written response instead – in which he offered no additional pledges.

The British government said it had wanted people to attend the conference in person, and had offered absentees the chance to provide recorded addresses or statements.

Oil falls further below $85, U.S. inventories and OPEC+ in view