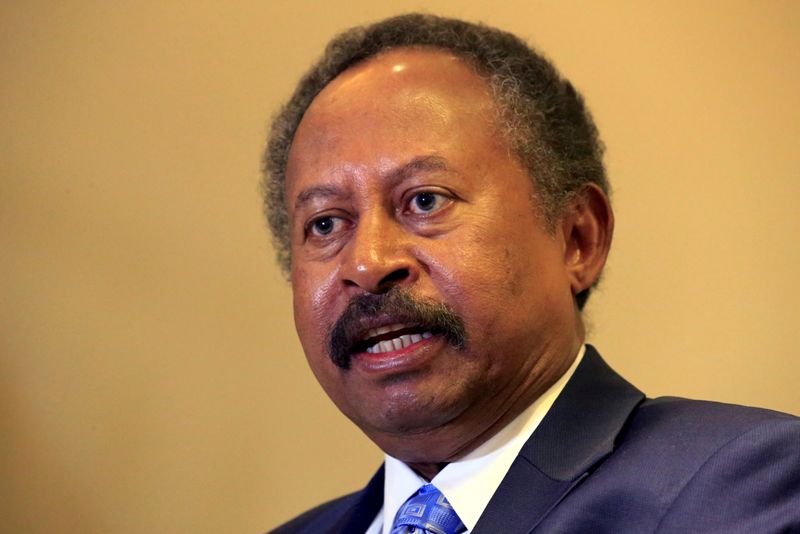 UNITED NATIONS (Reuters) – Mediators hope the “contours” of a way out of the crisis in Sudan could emerge in the coming days, the U.N. special envoy said on Monday.

“There are multiple mediation efforts under way in Khartoum by a host of actors,” Perthes said. “We are supporting a couple of these efforts, proposing initiatives and ideas and coordinating with some of these mediators.”

“It is bigger packages that are being put up for negotiation and they hope that within the next couple of days … the contours of a package would become visible,” he said. “There’s a general sense that a way out should be found.”

Perthes said he could not speak about the demands, conditions or positions of Hamdok and Burhan, with the mediators shuttling between the pair.

Politicians involved in mediation efforts say the main compromise under discussion is a proposal for Hamdok to be given full executive powers and appoint a cabinet of technocrats.

The proposal, which the sources say has been presented to all sides, would do away with the 14-member power-sharing Sovereign Council in favour of a three-person honorary council.

Hundreds of thousands of protesters took to the streets on Saturday to demand an end to military rule and the restoration of a civilian-led government. Security forces shot dead three people, a doctors committee said.

Burhan has said he removed the cabinet to avert civil war after civilian politicians stoked hostility to the armed forces. He says he is still committed to a democratic transition, including elections in July 2023.