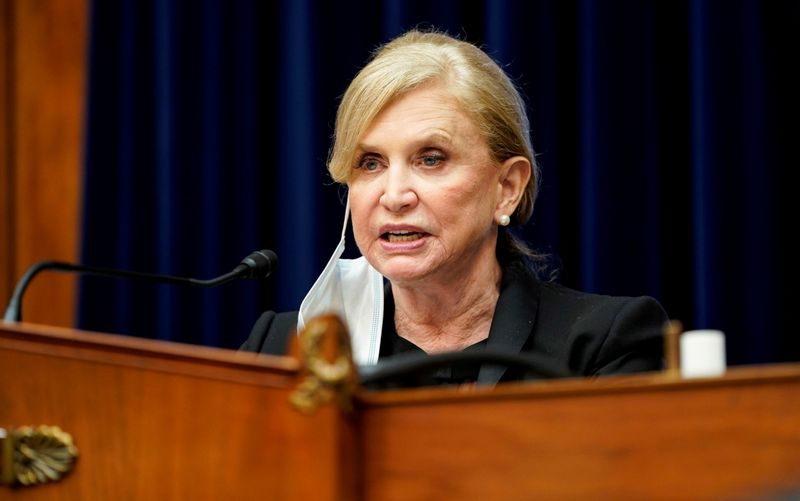 WASHINGTON (Reuters) – The head of a U.S. House panel on Tuesday subpoenaed four major oil companies and two lobbying groups for documents related to their actions on global warming as part of a year-long probe into potential climate deception by the energy industry.

Representative Carolyn Maloney, a Democrat and the chairwoman of the House Committee on Oversight and Reform, issued subpoenas to Exxon Mobil Corp (NYSE:), Chevron Corp (NYSE:), BP (NYSE:) America and Shell (LON:) Oil, and to industry body the American Petroleum Institute (API) and the U.S. Chamber of Commerce.

The committee had asked the companies and organizations on Sept. 16 for documents on issues including their role in contributing to climate change, their marketing and lobbying efforts, and any funding of third parties to spread disinformation on climate.

Maloney had announced last week at the end of a hearing on Big Oil and climate disinformation that she would subpoena the companies and organizations, saying much of what the committee had received were publicly-available documents.

Maloney and other Democrats on the committee say oil companies have reaped huge profits for decades while they misled the public on climate change and prevented action to curb it. The companies and organizations deny the assertions.

The panel has received some documents from former Exxon lobbyist, Keith McCoy, who was secretly recorded by environmental group Greenpeace, https://www.reuters.com/business/cop/big-oil-hearing-kick-off-us-probe-into-climate-disinformation-lawmaker-2021-10-27 saying the company’s support of a carbon tax was a ruse, since the company believed the idea would never become law.

Democrats are modeling the probe on the Big Tobacco hearings of the 1990s which took place over many months and eventually revealed that companies buried evidence that cigarettes are addictive and harmful.

In response to the subpoena, Exxon spokesperson Casey Norton said the company has now provided almost 130,000 pages of documents “including internal emails”.

Shell spokesperson Curtis Smith said Shell will continue to cooperate with the committee.

J.P. Fielder, a BP America spokesperson said BP is reviewing the subpoena and will continue working with the committee. BP has provided more than 17,000 pages of documents including internal materials.

Matt Letourneau, spokesperson for the U.S. Chamber of Commerce said “we will review” the subpoena.

API spokesperson Bethany Aronhalt Williams said the group will work with the committee.

Chevron did not immediately respond to a request for comment.