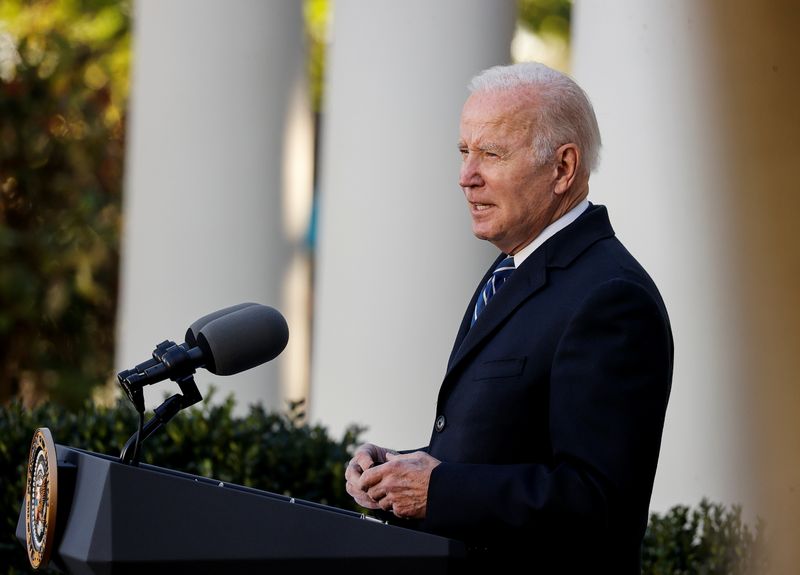 MEXICO CITY (Reuters) – The Biden administration and Mexico’s government have still not come to an agreement on the reinstatement of a Trump-era program that forced asylum seekers to wait in Mexico for U.S. court hearings, two Mexican government officials said Wednesday.

The news outlet Axios reported earlier Wednesday that returns under the program, which forced asylum seekers to wait in Mexico for U.S. immigration hearings, could restart as soon as next week.

The U.S. Department of Homeland Security said in a statement that it was working on resuming the program “as promptly as possible” but cannot do so without “independent agreement from the Government of Mexico.”

The two Mexican officials, speaking on condition of anonymity, said talks were ongoing to determine under what terms the United States could begin returns.

Mexico is insisting the United States provide more aid against COVID-19 for the migrants such as vaccinations, more legal aid for asylum seekers, and acceleration of hearings for those who participate in the returns program, one senior Mexican official said.

The Biden administration – promising to undo some of the hard-line immigration policies of former President Donald Trump – ended the policy, officially called the Migrant Protection Protocols. It forces asylum seekers to wait in Mexico for hearings before U.S. immigration judges.

But a federal judge ordered the administration to restart the program, saying it had failed to follow proper regulatory procedure. The U.S. Supreme Court in August rejected an administration appeal of the lower court’s ruling.

Immigration advocates have said the program exposed migrants to violence and kidnappings in dangerous border cities, where people camped out for months or years in shelters or on the street waiting for U.S. asylum hearings.

In the negotiations, Mexico has wanted to ensure that the returns are carried out in a more controlled fashion and that migrants who were particularly vulnerable will be excluded, the Mexican officials added.

The two Mexican officials also said the Mexican government is trying to secure a U.S. commitment to provide additional support for international organizations that help look after migrants and shelters along the U.S.-Mexico border. When the program was in place under Trump, a sprawling, makeshift camp sprung up on the Mexican side of the border in the dangerous city of Matamoros.

In its report, Axios cited a Homeland Security official as saying the policy will initially be reinstated in El Paso and Brownsville, Texas, as well as in San Diego. Axios said the Biden administration will offer asylum seekers the option of receiving a COVID-19 vaccine.

Though Biden has sought to reverse some Trump-era immigration policies like this one, he has kept in place a sweeping expulsion policy initiated at the beginning of the COVID-19 pandemic. That policy turns most migrants caught crossing the border away without giving them a chance to apply for asylum at all. 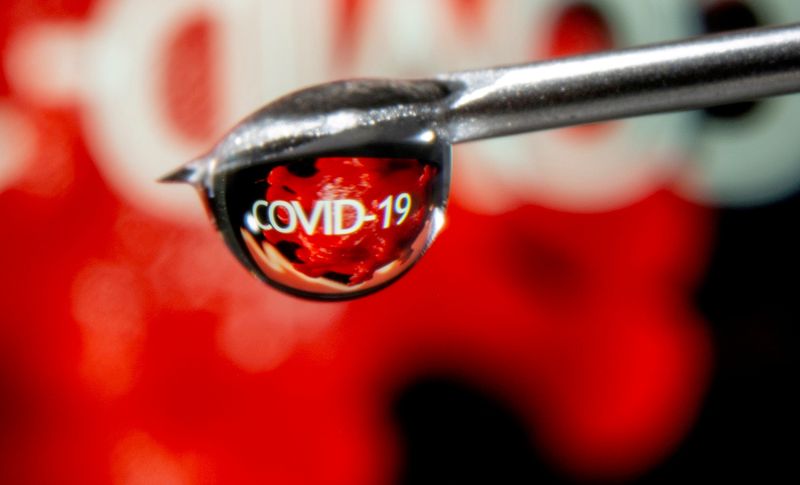 © Reuters. FILE PHOTO: The word “COVID-19” is reflected in a drop on a syringe needle in this illustration taken November 9, 2020. REUTERS/Dado Ruvic/Illustration

In a letter sent to Biden on Monday, and viewed by Reuters, the groups said an “outcome document” reached after months of discussions between the main parties – the United States, the European Union, India and South Africa – fell short of his “righteous goal” of removing IP barriers for COVID vaccines.

Trade ministers attending the World Economic Forum in Davos, Switzerland, are expected to discuss the issue at an informal meeting on Wednesday after an initial meeting on the draft by the World Trade Organization’s 164 members in early May.

WTO Director General Ngozi Okonjo-Iweala is pushing for a deal to be agreed ahead of a ministerial meeting beginning June 12.

The groups petitioning Biden said the text “does not waive even the patent barriers necessary to deliver the increased vaccine production that you rightly identified as necessary to save lives from the extraordinary threat of the pandemic.”

And they warned that it “adds new obstacles and conditions” limiting countries’ use of existing flexibilities in WTO rules.

A majority of WTO members support the waiver idea, first proposed by India and South Africa in October 2020, but some members worry that the current proposal is too narrowly focused on vaccines, leaving aside treatments and diagnostic tests.

The deal must pass by consensus and any member of the organization has the right to a veto.

The groups, which also include ReThink Trade, Citizens Trade Campaign, and NETWORK Lobby for Catholic Social Justice, sent Biden a detailed chart mapping out changes needed to ensure the draft achieved the goals that he first laid out in May 2021.

They urged Biden to push for changes despite EU resistance, and to expand the waiver to include test and treatments. 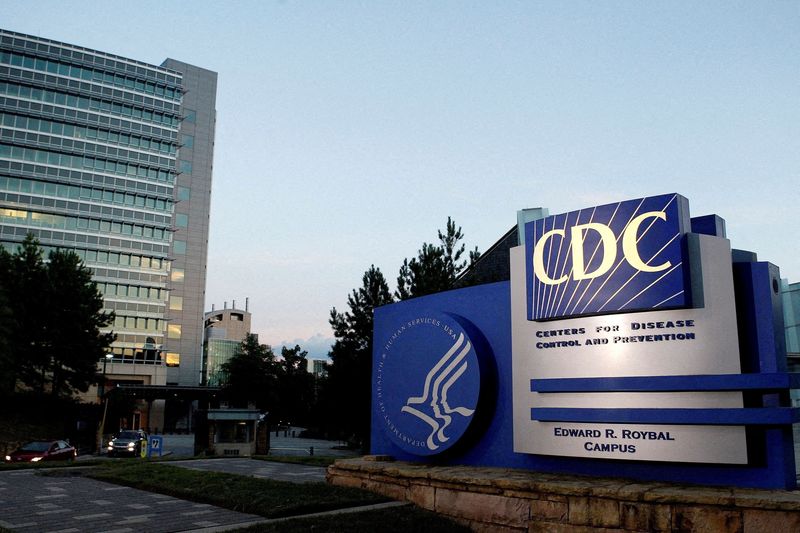 
(Reuters) – The number of births in the United States grew 1% in 2021 from a pandemic-related low in 2020, marking the first increase since 2014, according to a report by the U.S. Centers for Disease Control and Prevention (CDC).

The report said that 3,659,289 babies were born last year, with the increase driven by women between 25 and 49 years. Women aged 35 to 39 accounted for the biggest rise, while the birth rate among teenagers hit a record low.

Americans had the lowest of babies in more than four decades in 2020.

The CDC analyzed birth records which it received for the twelve months of 2021 as of February 10, 2022. The records represent nearly all of registered births occurring in the country last year, the agency said. 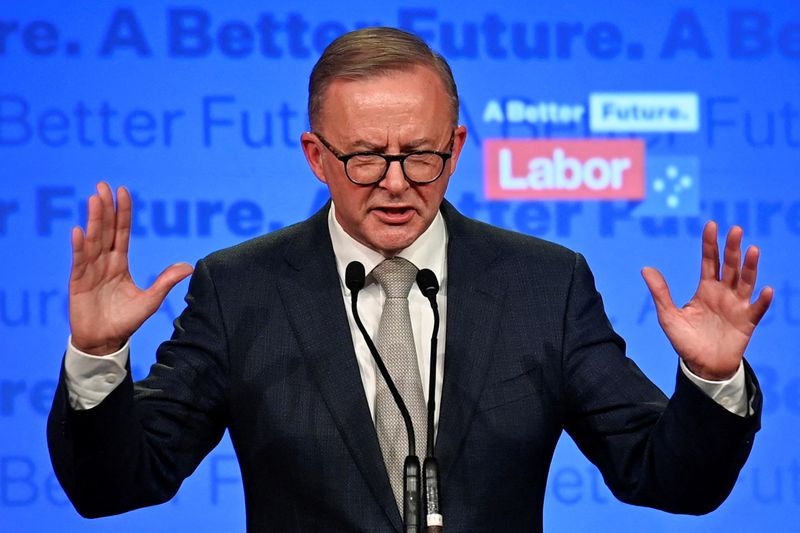 
By Byron Kaye and Renju Jose

SYDNEY (Reuters) -New Prime Minister Anthony Albanese rebuked China on Tuesday for imposing hefty tariffs on Australian exports two years ago, in remarks made while attending a regional security conference in Tokyo a day after being sworn in.

Albanese confirmed that he had received a letter of congratulations from Chinese Premier Li Keqiang after winning an election on Saturday, but said he had still to reply to the leader of Australia’s biggest trading partner.

“We will respond appropriately in time, when I return to Australia,” Albanese told journalists in Tokyo, where he was attending a summit of the Quad group along with U.S. President Joe Biden and the prime ministers of Japan and India.

Albanese said he was more concerned about wide-ranging tariffs on Australian goods from coal to lobster, imposed by China just a few years after the two countries implemented a free trade agreement.

“It’s not Australia that has changed, it’s China,” Albanese said.

“It’s China that has applied sanctions on Australia. There is no justification for doing that. And that’s why they should be removed”.

There had been speculation in Australian media that the congratulatory message from Xi might signal a diplomatic thaw.

Relations have been at their lowest ebb for the past couple of years following clashes over issues ranging from trade to the origins of COVID-19, and accusations of China using the internet to meddle with Australia’s democracy.

National security, specifically in relation to China, was among the main election issues in Australia, and only weeks before polling day the Solomon Islands and China announced a security pact, sparking fears of a Chinese military build-up less than 2,000 (1,200 miles) away.

The stance Australia’s new premier adopts at the Quad summit could be closely watched by China, which regards the informal security grouping as an attempt to counter its influence in the Indo-Pacific region.

With votes still being counted, Albanese’s Labor Party is leading on 75 seats – one short of the 76 required for a majority in the 151-seat lower house. Some analysts predict Labor will get enough seats to govern on its own.

Metaverse against Metaverse: What DecentWorld Offers That Others Don’t

Metaverse against Metaverse: What DecentWorld Offers That Others Don’t In the age of newly emerging metaverses, it becomes more and...

Gold prices dented by stronger dollar ahead of Fed minutes

5/5 © Reuters. Law enforcement personnel run away from the scene of a suspected shooting near Robb Elementary School in...

© Reuters By Geoffrey Smith Investing.com — European stocks were mostly higher after early trading on Wednesday, after following the...

Stocks edge up before Fed minutes, dollar off 1-month low

2/2 © Reuters. A man wearing a protective mask, amid the COVID-19 outbreak, walks past an electronic board displaying Japan’s...

© Reuters. FILE PHOTO: A man looks at a shop at the Ameyoko shopping district in Tokyo, Japan, May 20,...

© Reuters. FILE PHOTO: Chinese and U.S. flags flutter outside the building of an American company in Beijing, China January...

Why DeFi needs HOPR? Demand for Data Privacy is rising fast, HOPR has the solution The current state of DeFi...

© Reuters. FILE PHOTO: A man looks at a shop at the Ameyoko shopping district in Tokyo, Japan, May 20,...

© Reuters. Potential job applicants line up to register for “Amazon Jobs Day,” a job fair being held at 10...

Danone doubles supply of some baby formula to U.S. amid shortage

© Reuters. Apple iPhone 13 Pro models in the colour “alpine green” are displayed at an Apple shop in Singapore...

OpenEthereum support ends with the Merge fast approaching One of the most popular Ethereum (ETH) clients, OpenEthereum has ended support...

European shares climb after selloff with eyes on cenbank updates

© Reuters. The German share price index DAX graph is pictured at the stock exchange in Frankfurt, Germany, May 19,...