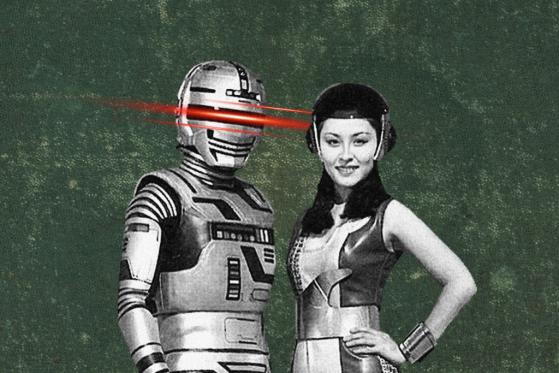 Backed by Edge & Node, the Graph Is Building Indexing Infrastructure for Web 3.0


As the end of Web 2.0 draws closer, plans are in the works to build the next version of the internet, which as you may know by now, is Web 3.0. While this will herald the transition from a centralized web internet to a decentralized alternative, it requires a great deal of combined effort from developers, down to the end-users.

The Graph protocol is one of the earliest contributors to the Web 3.0 development course that stands out among many others. The decentralized protocol promises to provide Web 3.0 with a “Google-like infrastructure,” albeit exclusively for indexing purposes.

In this article, DailyCoin explores the Graph Protocol in an exclusive interview with Pranav Maheshwari, a solution engineer at Edge & Node, one of the three core developer networks who are tasked with building the decentralized protocol (others include Streaming Fast and Figment).

To begin with, the Graph protocol according to Pranav is helping every decentralized application (dApp) across the globe to function efficiently by facilitating the process by which they index their data.

In other words, by creating an infrastructure that is similar to Google (NASDAQ:), the Graph Protocol wants to help dApps get indexed on the blockchain network in a decentralized fashion.

How does Google compare to the Graph protocol? According to Pranav, Google, a centralized company, indexes hosted application’s data in a single cloud storage facility. Unfortunately, owing to the nature of decentralized applications, which are based on blockchain, indexing data for every dApp becomes virtually impossible.

However, achieving this is only possible when you make use of a decentralized Web 3 stack, which is exactly what the Graph protocol is all about,”
Pranav explained.

Pranav further explained that in order to extract data from different storage blocks on a blockchain system, an end-user will either have to “transverse everything” or make use of the Graph protocol to do the extraction.

Technically, the Graph protocol listens to several blockchains, stores the exact data that is required, and then forwards it in a decentralized version via its proprietary GraphQL, which is then accessible as an OpenAPI that can be served to various dApps.

Essentially, this means that the Graph Protocol will help build the infrastructure that enables other projects to develop on top of it. For instance, other initiatives such as NFT solutions, marketplaces, and decentralized exchanges (DEX) that are now widely accepted today can leverage the Graph protocol indexing solution.

“The Graph Protocol Is Essential for Web 3”

The Graph Protocol, according to Pranav, is an essential component of the Web 3 infrastructure. Notably, the protocol is used by any decentralized application for the purpose of studying and storing whatever relevant information that is being provided by users on-chain.

This is also to say that a developer can easily filter and access any piece of information that may be required to build a blockchain initiative using the Graph protocol, which like Google, crawls and tracks every data present on any blockchain facility it interfaces with.

In giving examples of the practical usage of the Graph Protocol, Pranav made reference to a situation when a developer is building a DeFi application.

Apparently, to build a DeFi app, there is a need to have an analytics page that displays whatever on-chain app analytics, as well as on-chain activities that are being executed by the user. To achieve this, a protocol like Graph is required:

“If you have an NFT marketplace for instance, you need to use The Graph to actually monitor or see whatever on-chain NFT transaction as well as other activities that are happening. Also, you need the Graph Protocol if you are having a Metaverse like Decentraland, as it can be used to facilitate trade and see all the on-chain data and put them to the user,”
Pranav noted.

The Graph Is Working to Index non-EVM Chains

Primarily, the Graph Protocol is built to decentralize the process of querying and indexing data, given the surge in the application of blockchain technology. This is also to say that the protocol’s end goal is to have every decentralized application that exists, or which uses a centralized indexer, use the Graph protocol on the Graph network.

That said, the Graph protocol intends to extend its indexing capabilities to other blockchain networks beyond those that employ Virtual Machine (or that are EVM-compatible). This also implies that the protocol must find a way to optimize its indexing process, so as to accommodate the likes of and Matic, which support a much faster block time.

Ultimately, the long-term goal of the Graph protocol is to become the Google of blockchain by the time everything moves to the Web 3.0 infrastructure.

The end of the Web 2.0 era is rapidly approaching, and a platform like the Graph Protocol will be required sooner rather than later to manage data present on the decentralized web in an orderly manner. A Web 3.0 without a Google-like protocol, on the other hand, will be catastrophic, especially for end-users.