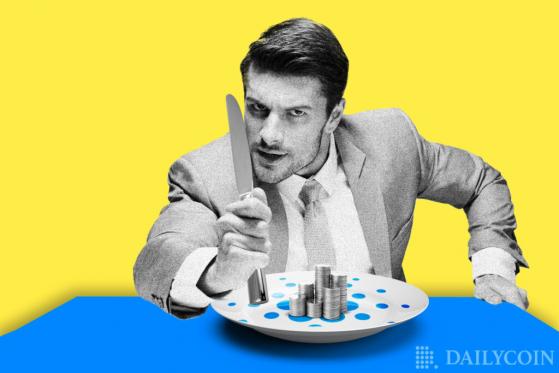 
Input-Output Global (IOG) has announced that Cardano’s highly anticipated Vasil hard fork is not ready, and will be postponed until next month.

Cardano Not Ready for Vasil

The Vasil hard fork is one of Cardano’s most-anticipated events. The mainnet upgrade is expected to boost the smart contract capabilities of Cardano, and the blockchain’s smart contract platform ‘Plutus’.

Vasil was slated to launch on June 29th, however, in a recent blog post, IOG announced that there are still a few outstanding items left to run in order to ensure that everything works as expected during the launch.

Nigel Hemsley, IOG’s head of delivery and products, explained that there are seven remaining bugs to be rectified before the success of the hard fork can be ensured. The developer went on to clarify that none of the bugs are classified as “severe”.

Vasil to Launch in July

Hemsley explained that the developers want to make sure that everything is deployed correctly, and the delay is the company’s way of underlining that the network’s quality and security are of “paramount” importance.

Following the postponement of the Vasil hard fork, IOG reached an agreement with the Cardano Foundation that Vasil would instead hit the Cardano mainnet by the last week of July.

The Vasil hard fork is one of the biggest upcoming events for Cardano, and is expected to bring significant scaling to the blockchain network.

Learn more about the changes Vasil will bring:

Check out ADA price predictions for the Vasil launch:

Read about other significant, recent upgrades to Cardano: