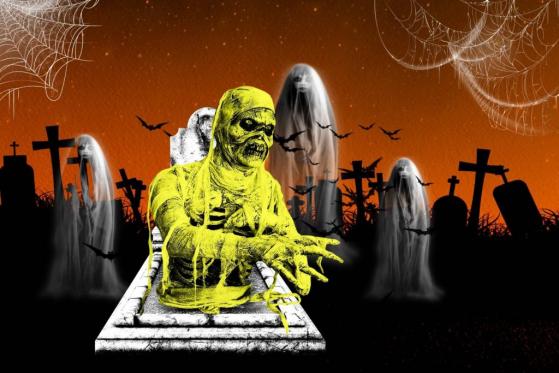 Coins That Came Back From the Dead


There are over 10,000 tokens currently listed on CoinGecko, each with their own “superpower.” But not all of them are still alive. In the last year, the number of dead coins has increased by 35%, nearing the 2000 mark. That’s spooky if you ask me. RIP!

In truth, the actual number of dead coins is much greater than that as not every coin is listed on analytics websites such as CoinMarketCap or CoinGecko. Every rug-pull equates to a dead coin, and one article highlights that there have been around 1,300 rug pulls, registered to date. However, the number of coins that die every day is problematic.

It’s not only meme coins that die. Following the 2017 bull cycle, which saw the first emergence of the Altcoin season, tokens posted record-breaking gains, only to deflate in the following months as the crypto market entered a bear cycle, during which a great number of tokens lost their momentum during, some even disappearing completely or reforming under a new name.

At the end of some of these tunnels, there is a light, regardless of the coin’s past, and some cryptocurrencies have managed to break through to the other side and become relevant again. Below, we list the most important coins that came back from the dead and are still relevant in the context of the current market.

Classic (ETC) is probably the best example of how a coin can be resurrected and stay relevant after signing their own death certificate. In 2016, after the currency Ethereum chain was hacked for $50 million, the community voted for a hard fork, making room for the first Ethereum Classic to be mined.

Even though the network was detached from any future Ethereum updates, the coin survived and even reached new all-time highs during the 2017 bull run. Moreover, ETC reached an absolute high in 2021, when it climbed to $176 in value as dinocoin season got underway in the market.

What’s striking is that despite several 51% attacks on the network in both 2019 and 2020, the network has held steady, as investors ignored most of the warning signs. In the crypto sphere, a 51% equates to a death sentence for a given network, but Ethereum Classic has managed to pull one out of the bag and still rank 32nd by market capitalization.

Bancor
Bancor, the decentralized exchange network, managed to remain relevant despite being hacked in 2018. Reports indicate that the protocol lost $13.5 million in 2018 after hackers accessed a wallet and withdrew mostly Ethereum tokens. Moreover, according to TechCrunch, the hacker also withdrew $10 million in BNT, the native token of the network.

Interestingly, in 2020, Bancor hacked itself after discovering vulnerabilities in its smart contract. According to a 1inch report, white-hat hackers “made attempts to rescue user funds” and have spent 3.94 ETH in order to rescue $410,194 worth of user’s funds from badly coded smart contracts.

Bancor managed to resurrect itself during the DeFi summer, despite ongoing security breaches in their smart contracts. The token price peaked at $9 during 2021 after sentiment towards the new iteration of the network changed.

The Aftermath
Crypto is not for the faint of heart. Projects can easily gain momentum and use the generated hype to post significant price increases, however, maintaining and building on the trust investors put in the tokens is another question, and where most projects fail. Yet, some projects do manage to break through and continue, despite being hacked or “FUDed” without reason on social platforms.

Coins that come back from the dead are rare, but they have a lot the merit once they do.

The crypto market is unpredictable. While most tokens fail because they cannot confer enough value to their investors, some tokens that have had serious issues and still managed to stay relevant, which is encouraging for the market as a whole.

It is reported that the criminals were detained in Fujian province. According to law enforcement authorities, the criminal group, led by Lai Moumou and Zheng Moumou, provided illegal services for the settlement of money to support gambling businesses. It is also noted that the group formed entire cells throughout China and worked on money laundering.

This is the second reported case of the digital yuan appearing in illegal activities. Earlier, the editorial board wrote that the People’s Bank of China decided to amend the digital yuan model after authorities uncovered an eleven-person criminal cell that used the digital state currency to launder money.

According to local media reports, the scammers used phishing to obtain the digital state currency, which they later ran through banks and payment systems. The amount of the fraud was not disclosed. However, it remains unclear whether the incident was the reason for the digital currency changes.

Work on the Central Bank Digital Currency (CBDC) or DCEP, as representatives of the financial regulator themselves call the project, has been underway since 2014. In this case, the head of the Chinese Central Bank Yi Gang, noted that the financial institution has no clear timetable for the launch of the digital yuan. The banker drew attention to the fact that information about the pilot release of the digital asset and related initiatives should not be equated with the official release of the virtual yuan.

We previously reported that the creator of Fortnite has invested in a metaverse company.

It is not clear how exactly the FBI could identify the attackers. It is alleged that Chainalysis collects a large amount of data from the blockchain and also relies on off-network information received from customers. The analytics firm uses machine learning and statistical analysis to figure out where and to whom cryptocurrency might be sent.

In May 2021, a group of hackers called DarkSide hacked and shut down the Colonial Pipeline, one of the largest oil pipelines in the United States, causing a fuel shortage on the East Coast. As a ransom, the hackers demanded that 75 BTC be transferred to an anonymous wallet. Colonial Pipeline hackers then apologized.

Earlier in September, analysts at Group-IB found that the number of cryptocurrency-related fraud sites rose to 2,000 in the first half of 2022, a 335% increase over the entire 2021. At the same time, just over 60% of all fraudulent crypto-sites are registered through Russian providers.

Earlier we reported that Cardano Vasil should be fully completed to activate all features.

Is Kraken a good crypto exchange? Kraken has no plans to change its listing due to SEC complaints

Is Kraken a good crypto exchange?

Recall, earlier media revealed that the U.S. exchange regulator has organized an investigation into the actions of cryptocurrency exchange Coinbase to list tokens. The reason for launching the investigation was the SEC’s suspicions that Coinbase opened American users’ access to transactions with cryptocurrencies, which can be classified as securities.

However, despite the investigation, the exchange regulator did not sue Coinbase, which has already surprised Ripple, which has long been in litigation with the SEC over the altcoin XRP.

The SEC sued Ripple back in late 2020. The regulator argues that XRP falls under the definition of securities, but the California-based startup disagrees. While the verdict on the lawsuit between the SEC and Ripple probably won’t appear until late 2022, Coinbase was one of the first cryptocurrency exchanges to remove XRP from its listing.

We previously reported on researchers finding vulnerabilities in cryptocurrency exchanges.