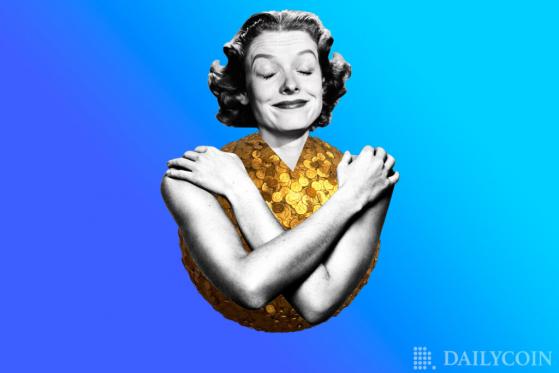 
We may soon see another metaverse token listed on a major world exchange. If you’ve been following GameFi updates lately, you might have already noticed a few new, strong players in the highly competitive space. Fresh information from DecentWorld, a Swiss metaverse platform, suggests that upcoming few weeks will be major for this digital real estate platform as the project shared the news of a possible DWRLD token listing. On Wednesday, June 22th, a source familiar with the matter told DailyCoin that the project expects its first listing to go live on one of the top Crypto Exchanges within the next few weeks.

Though the source did not reveal exactly which crypto exchange the token would be listed on, it was confirmed that it will be one of the major names according to CoinMarketCap’s list.

The DWRLD token powers DecentWorld’s internal economy and is used to purchase virtual real estate, pay fees, and to make yield payments within the ecosystem of the metaverse.

Such a listing is widely considered a massive achievement for any token, let alone a metaverse project, and usually only comes after years of development. Considering that DecentWorld was launched less than 4 months ago, this is a considerable milestone.

DecentWorld, a metaverse platform owned by Swiss Asset Management AG, was launched in March 2022, and a token listing represents the next serious step for the project.

The metaverse, based on the real world, provides a virtual real estate platform topped off with play-to-earn mechanics. The project digitized almost every street in the world, providing users with the ability to purchase them as NFTs, as well as to combine those Streets into Collections.

Completed NFT Collections allow users to access the staking option, enabling them to receive yield that will be paid out after a chosen period of time. The platform will soon be launching its secondary market, which will facilitate the flexible staking and trading of NFTs.

The company behind DecentWorld is part of the Swiss financial product ecosystem. In recent years, Switzerland, often referred to as the next Silicon Valley for crypto and blockchain, has nurtured numerous innovation-driven projects, following its long-lived tradition of quality.

The DecentWorld metaverse drew the crypto community’s attention after it sold 2,000 virtual Streets, worth a cumulative $19 million, within just 1.5 months of the platform’s launch. Currently, the total number of Streets purchased amounts to 4,400 NFTs—almost double what it was two months ago.

According to the project’s roadmap, the team is working on plans to open its first 3D environment – Downtown Dubai. It will offer features such as multiplayer, interactive messaging channels. Later on the project is planning to launch the sale of 3D Building NFTs. As far as it is currently known, the team will seek to start onboarding e-commerce partners later this year.

Metaverses like DecentWorld, The Sandbox, and Decentraland have been gaining immense attention lately, with the size of the global metaverse market being projected to grow from the $61.8 billion seen in 2022, to $426.9 billion by 2027.