Dr Ruja Ignatova, founder of crypto scam OneCoin, is now on Europol’s most wanted list. The Bulgarian citizen and master fraudster was placed on a fugitive list for her role in the OneCoin crypto fraud.

“Dr Ruja is suspected of having, as the driving force and intellectual inventor of the alleged cryptocurrency OneCoin, induced investors all over the world to invest in this actually worthless currency”, reads the description on Europol’s website.

The law enforcement agency also adds that she has been missing since October 2017. Additionally, there is also a €5000 reward offered to anyone who can offer information leading to her arrest.

RED NOTICE: Ruja Ignatova, dubbed ‘the Cryptoqueen’, is #wanted by Germany @bka for fraud and money laundering. A reward is offered for information leading to the arrest of the co-founder of the alleged cryptocurrency ‘OneCoin’ in hiding since 2017. https://t.co/vz1hwxok9p pic.twitter.com/jvGb8pg6gz

The OneCoin scam, which was carried out in 2017, is arguably one of the biggest frauds in history. The coin established itself as an alternative to Bitcoin and attracted investors from all over the world. The pyramid scheme was so successful that it reeled in over £12.7 billion from investors. Interestingly, Ignatova is often compared to Bernie Madoff, the infamous conman.

The scam even turned out to be the subject of the BBC podcast show titled “The Missing Cryptoqueen”. The podcast was based on Jamie Bartlett’s book by the same name.

Much to the relief of investors, most of the people around this scam have been arrested. This includes co-founder Karl Sebastian Greenwood, Ignatova’s brother Konstantin, her corporate lawyer Mark Scott and her former lover, Gilbert Armenta.

Jamie Bartlett believes that Ignatova might be traveling on a fake passport under a fake name, maybe even with a different face. Therefore, the chances of her being arrested are unlikely. Nonetheless, if she is caught, her trial will certainly be something the crypto community will look forward to.

Binance will delist LUNA/USDT contracts as price falls below 0.005 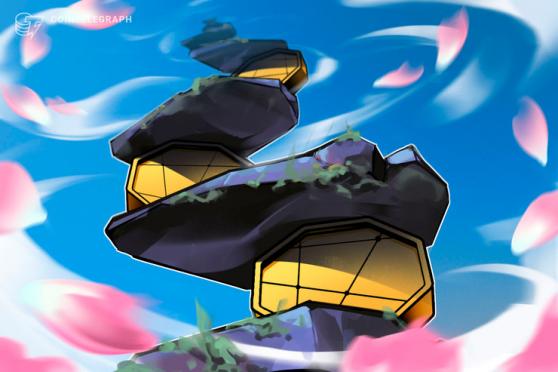 
The crypto market has been in decline over the past six months with its valuation dropping from over $3 trillion in November 2021 to $1.23 trillion in May 2022.

Fears over persistently higher inflation, the Federal Reserve’s hawkish response to it, and the ongoing conflict between Ukraine and Russia prompted investors to limit their exposure to riskier assets. Also, their increasing appetite for the safe-havens, such as the U.S. dollar, weighed down demand for some of the top cryptocurrencies and U.S. equities.


Given that Terra’s peg has fallen, it’s reasonable to wonder what prevents Tether (USDT) from following the same path.

USDT and Terra utilize distinct designs, mechanisms, and collateral. Terra was a computable stablecoin that wasn’t fully collateralized. It includes a variety of stability-inducing mechanisms, but they all failed in the end.

USDT is fully collateralized, with no credit risk. Each USDT can be exchanged for dollars through Tether, ensuring that when the price falls below $1, investors can acquire USDT at a discount and redeem them with Tether to make a profit.

During periods of high market volatility, the price of USDT might drop below or exceed $1. This does not imply that the peg has been broken. It indicates an increased level of liquidity than what is available on the order books of that exc …


The Litecoin community has recently approved the activation of the MimbleWimble protocol on the LTC mainnet.

MimbleWimble is a privacy-focused decentralized protocol that enables users to conceal transaction data with its confidentiality feature while providing a foundation for other blockchains to improve the usability of their token.

With the Mimblewimble Extension Block, users can opt-in to confidential transactions. The goal of this is to enhance the visibility of Litecoin as a fungible currency that can be used for real-world transactions by lowering fees and adding privacy, throughput and scalability.