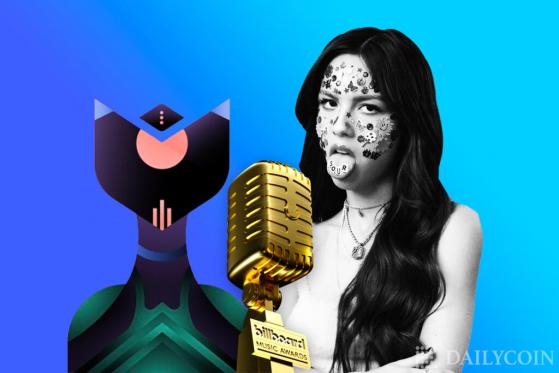 
Today, Pepsi announced a first-ever innovative second screen NFT experience in partnership with Billboard and MRC Live & Alternative to provide a new way for fans to engage with live entertainment. The groundbreaking Pepsi Mic Drop x Billboard Music Awards “Winners’ Club” NFT Collection, available through the Billboard ChartStars platform, is a limited-edition digital collectible collection created for the “2022 Billboard Music Awards” (BBMAs) that gives fans the opportunity to claim NFTs in real-time as awards are announced throughout the show. Additionally, the telecast will feature a brand-new “Pepsi Mic Drop Moment” honoring one artist or group that has earned unique success on the Billboard Hot 100, continuing the Pepsi brand’s rich legacy in working with and supporting musicians.

Score a Free “Winners’ Club” NFT DURING the ShowThe Pepsi Mic Drop x Billboard Music Awards “Winners’ Club” NFT Collection will mark the first time music fans will be able to take home a piece of the Billboard Music Awards via Billboard ChartStars, built on a leading eco-friendly Flow blockchain. As each award is announced live during the show, a custom digital collectible will unlock in real time, available for free minting for only 20 minutes, rewarding hardcore Billboard Music fans with epic, one of a kind NFTs celebrating this year’s awards. Fans can get in on the action and learn how to redeem the “Winners Club” NFT Collection all night long by following Pepsi, Billboard and BBMAs on all social channels and visiting BillboardChartStars.com.

“Pepsi has a deep-rooted heritage in music, so our partnership with Billboard to create the Pepsi Mic Drop x Billboard Music Awards ‘Winners’ Club’ NFT Collection is a great reflection of our ongoing desire to connect with fans that share our unapologetic love of music,” said Todd Kaplan, Chief Marketing Officer, Pepsi. “This collection is built to be broadly accessible to music fans who want to capture a piece of history from this year’s 2022 Billboard Music Awards. It’s free to mint and easy to access through a never-been-done live minting experience and shows our commitment to the Pepsi Mic Drop platform and desire to create new experiences for music fans everywhere.

“For the first time, music fans will have the opportunity to be forever linked to their favorite artists, by sharing ownership of a moment in time tied to the 2022 Billboard Music Awards,” said Mike Van, EVP, Head of Global Brand Partnerships, Billboard. “We could not have planned a better time to launch ChartStars nor could we have asked for a better partner than Pepsi to celebrate exceptional artist achievements on the Billboard charts.”

“Every year the Billboard Music Awards fuels the cultural conversation through the power of live event television and is one of the biggest stages for artists to celebrate their charting achievements, and we’re so proud to integrate Pepsi into our show for a special Pepsi Mic Drop Moment that can’t be missed and for fans to have the opportunity to own a piece of it,” said Adam Stotsky, President, MRC Live & Alternative.

Bitcoin Back Above $30,000 as Tether Holds Strong Under Redemption Pressure

Technical Analysis Suggests That DOGE Price Will Fall In Next 24H

© Reuters. Technical Analysis Suggests That DOGE Price Will Fall In Next 24H


The number 10 place on CoinMarketCap’s list of the biggest cryptos by market cap, Dogecoin (DOGE), has seen a slight price gain in the last 24 hours according to the crypto market tracker. 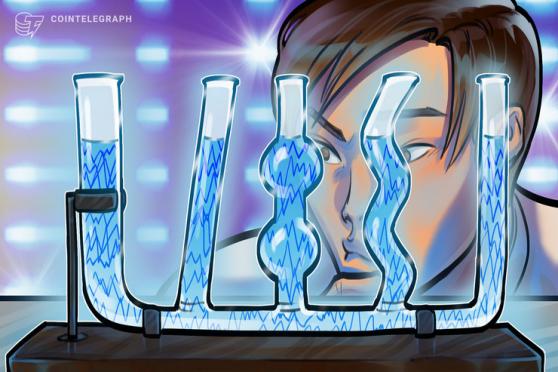 
Blockchains have relied on proof-of-work (PoW) validation since their inception. Yet the PoW consensus proved to be unsustainable with its high energy usage and its need for fast, powerful hardware creating high barriers to entry. That’s why blockchains are adopting proof-of-stake consensus algorithms (PoS), where those wanting to earn rewards don’t have to compete against other miners, but can simply stake part of their crypto for a chance to be chosen to be a validator — and reap the returns.

Everyone who owns crypto on PoS blockchains must want to take advantage of the opportunities staking provides, right? Actually, according to our report, while 56% of those surveyed had staked before, many who hadn’t staked or wouldn’t stake again pointed toward the same hesitation: They don’t want their assets locked up in staking, not when those assets could be put to use elsewhere. This is why liquid staking provides the best of both worlds. It allows investors to stake their assets while also allowing them to use those assets in other projects during lock-up.

Mohak Agarwal is the CEO of ClayStack. He is a serial entrepreneur and investor on a mission to unlock the liquidity of staked assets. 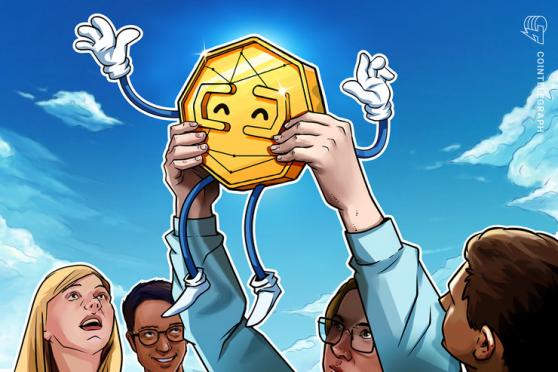 
Rep. Byron Donalds, a Florida Republican, introduced the Financial Freedom Act into the United States House of Representatives on Friday to prevent the U.S. Department of Labor from limiting the types of investments that can be included in Americans’ self-directed 401(k) retirement plans. The bill is the companion to Alabama Sen. Tommy Tuberville’s May 5 Senate bill.

The Financial Freedom Act was introduced as a reaction to a U.S. Department of Labor (DOL) compliance report dated March 10 that raised objections to the inclusion of cryptocurrencies in 401(k) retirement plans. That report warned the department’s Employee Benefits Security Administration “expects to conduct an investigative program aimed at plans that offer participant investments in cryptocurrencies and related products, and to take appropriate action to protect the interests of plan participants and beneficiaries with respect to these investments.”

Technical Analysis Suggests That DOGE Price Will Fall In Next 24H

© Reuters. Technical Analysis Suggests That DOGE Price Will Fall In Next 24H The number 10 place on CoinMarketCap’s list...

6/6 © Reuters. A local resident walks by a destroyed building after a rocket attack on a university campus, amid...

3/3 © Reuters. FILE PHOTO: Voters line up outside a Marrickville suburb polling station to cast their ballots on the...

In Japan, Biden to launch economic plan for region sceptical on benefits

Biden says ‘everybody’ should be concerned about monkeypox outbreak

© Reuters. FILE PHOTO: U.S. President Joe Biden pauses while speaking during a briefing from senior officials on efforts to...

3/3 © Reuters. A staff member in a protective suit stands on a platform of a subway station, on the...

The truth behind the misconceptions holding liquid staking back Blockchains have relied on proof-of-work (PoW) validation since their inception. Yet...

Ukraine rules out ceasefire as fighting intensifies in Donbas

5/5 © Reuters. A local resident walks by a destroyed building after a rocket attack on a university campus, amid...

Finance Redefined: Lifeline for Terra projects, proposed Terra hard fork and more The past week in the decentralized finance (DeFi)...

WHO expects more cases of monkeypox to emerge globally

© Reuters. FILE PHOTO: A section of skin tissue, harvested from a lesion on the skin of a monkey, that...

3 red flags that signal a crypto project may be misleading investors Satoshi Nakamoto left a large pair of shoes...

As Russia intensifies push for Donbas, Ukraine rules out ceasefire

5/5 © Reuters. A bus carrying service members of the Ukrainian armed forces, who surrendered at the besieged Azovstal steel...

20% drop in the S&P 500 puts stocks in a bear market, Bitcoin and altcoins follow

20% drop in the S&P 500 puts stocks in a bear market, Bitcoin and altcoins follow Whoever coined the phrase...

Crypto gaming and the monkey run: How we should build the future of GameFi

Crypto gaming and the monkey run: How we should build the future of GameFi You’ve seen it before. An amazingly...

© Reuters. FILE PHOTO: A model of a wind turbine with the Siemens Gamesa logo is displayed outside the annual...

© Reuters. FILE PHOTO: People fill out ballots during voting in the New York primary election at a polling site...