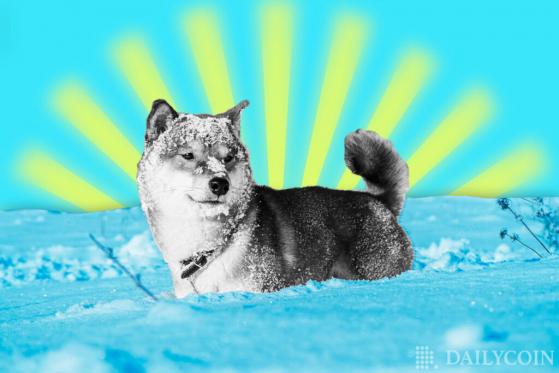 
The crypto winter has been pelting many of the top cryptocurrencies with dodgeballs, and Shiba Inu has been no exception. However, having one of the broadest communities, Shiba Inu (SHIB) is expected to come back strong, and those very members of the SHIB Army are contributing to the cause.

One of the core reasons for the recent spike in Shiba Inu’s market price has been the regular burning of SHIB tokens, and the constant reminders from social media influencers like ‘Milkshake’ and ‘Shytoshi Kusama’ to set some coins ablaze and earn rewards in the Shiba Inu ecosystem’s governance token, $BONE.

Multiple Achievements in the Last 24 Hours

The last 24 hours have been flaming hot for Shiba Inu, as 98 million SHIB tokens were burned. The biggest burn transaction of the day involved 47,226,551 SHIB tokens. To date, more than half of the Shiba Inu (SHIB) tokens originally in circulation have been burned, with the intent that the shorter supply eventually reflects positively on the meme coin’s price.

The popular dog-themed meme coin has also made waves on Twitter (NYSE:TWTR), seeing #ShibaInu trend under the “Business & Finance” topic. Furthermore, Shiba Inu managed to climb the charts on both CoinMarketCap and CoinGecko, moving up to #14 position in each case, from 17th and 16th, respectively.

$SHIB reaches #14 spot by market cap, while being up 27%+ on the daily. pic.twitter.com/tOdyJOfS5B

One factor that may have contributed to the increase in SHIB’s price are the tweets by Elon Musk. The world’s richest man, and a profound crypto ambassador, expressed his enduring support for Dogecoin (DOGE), and the news seemingly had a positive impact on SHIB too, as both dog-themed meme coins went on to record double digit gains over the past 7 days.

How Many Zeros Can Shiba Inu Chew up?

This crypto winter has seen many controversies and attempts to recover. As for SHIB, Social media is full of Shiba-related trending tags, such as #SHIBARMYSTAYSTRONG, #HODL, #TOTHEMOON. It’s evident that the asset’s strong community support, and their unassailable belief in the token has had a lot to do with Shiba Inu (SHIB) making it into the green, especially when many other cryptocurrencies have been left shoveling snow.

Thanking all 3.4+ Million Followers on @Twitter today! Woof! We’re all trying to shake off this #crypto winter. Our paws are firm, and working towards building a great future together.You’re an incredible community, and we could not be more proud to be #ShibArmyStrong! pic.twitter.com/5L88Chy5Eo

At press time, Shiba Inu (SHIB) is trading at $0.00000953, according to CoinGecko. That represents a 9.1% increase in the last 24 hours, and a 16.5% surge in the last 7 days. On the other hand, compared to a month ago, Shiba Inu (SHIB) is still down 19.9% in value, but the dog-themed token remains 54% up from its price at this exact time one year ago, proving itself worthy of long-term investment.

Two Meme Coins That Might Keep You Captivated: RoboApe (RBA) And Dogecoin (DOGE)