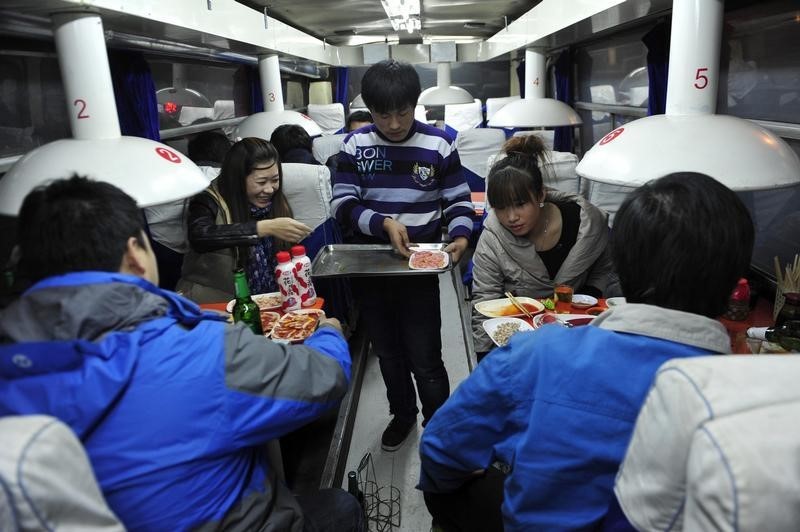 Investing.com – Chinese economic activity dropped sharply in April 2022, as COVID-19 lockdowns took a heavy toll on consumption, industrial production, and employment, adding to fears that the economy could shrink in the second quarter.

Retail sales contracted 11.1% year-on-year in April 2022 and the Chinese unemployment rate was 6.1%.

Although Premier Li Keqiang said in March that China aims to create more than 11 million jobs, and preferably 13 million urban jobs, in 2022, he recently called the country’s employment situation “complicated and grim” due to the country’s worst COVID-19 outbreaks since 2020.

This led to full or partial lockdowns in dozens of cities in March and April, including a prolonged one in the city of Shanghai. This lockdown, and prolonged testing in Beijing, are adding to the concerns about economic growth over the rest of the year, Hwabao Trust economist Nie Wen told Reuters.

“It’s still possible to achieve a GDP growth of around 5% this year if COVID curbs are only going to affect the economy in April and May. But the virus is so infectious, and I remain concerned about growth going forward.”

Other investors are not convinced, with ING analysts looking for a 1% contraction in economic growth in the second quarter from a year earlier and Nomura saying the Chinese economy has been facing a rising risk of recession since mid-March.

Capital Economics is now forecasting full-year Chinese growth of just 2% and says if COVID-19 cannot be controlled even that is not guaranteed. “Even once the current virus wave is quashed, COVID-19 controls will continue to hold back activity to some degree over the coming quarters.”

While policymakers have repeatedly pledged more support for the slowing economy, stimulus so far has been “underwhelming”, with only small policy rate cuts, it added.

Financial authorities also said on Sunday they will let banks cut the lower limit of interest rates on home loans based on the corresponding tenor of the Loan Prime Rate for first home purchases. The People’s Bank of China rolled over maturing medium-term policy loans while keeping the interest rate unchanged for a fourth consecutive month earlier in the day.

Authorities will be cautious in rolling out quantitative measures such as large-scale cuts to interest rates or banks’ reserve requirement ratios to spur the economy, given concerns about U.S. interest rate hikes and a depreciating Chinese currency, but structural and targeted measures, such as in the property sector, would be preferred, said Hwabo Trust’s Nie.