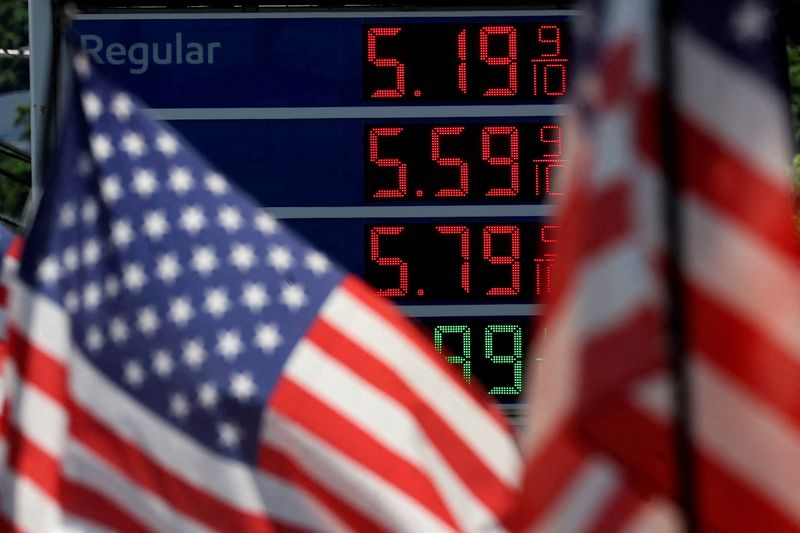 TORONTO (Reuters) – U.S. Treasury Secretary Janet Yellen said on Monday that a gasoline tax holiday should be considered as a way to address inflation, even if it is “not perfect” and may not result in all of the reduction passed on to consumers.

Yellen, speaking to reporters after meetings with Canadian Finance Minister Chrystia Freeland in Toronto, said that research suggested that there was likely a higher pass-through rate for cutting higher state fuel taxes than the generally lower federal taxes of 18.4 cents a gallon for gasoline and 24.4 cents for diesel. The levels are unchanged since 1993.

“I think the research suggests that there’s reasonably high pass-through when the state does it to prices at the pump, not full, but reasonably high,” Yellen said. “At the federal level, we have lower much lower gas taxes than at the state level, and the evidence is more mixed.”

High fuel prices have been “a substantial burden on American households,” Yellen said. A fuel tax holiday that temporarily eliminates such taxes, “while not perfect, it is something that should be under consideration” to address inflation, she said.

Yellen rejected the idea of reviving the Canada-U.S. Keystone XL oil pipeline project as a way to ease upward pressure on near-term oil prices caused by Russia’s invasion of Ukraine.

U.S. President Joe Biden on his first day in office rejected the permit for Keystone XL, which would have carried modified bitumen from Canada’s oil sands to refineries in the U.S. Midwest and Gulf Coast, arguing that it would lock in decades of carbon intensive fossil fuel use in the United States.

“I don’t think it’s something that even if it were allowed, would take years to come into completion, so I don’t see it as a short-term measure to address the current situation,” Yellen said. “And longer term, We remain committed to our climate change objectives. But, you know, it’s really up to the president to consider.”

UK pay deals hold at 4% as inflation steams ahead: XpertHR