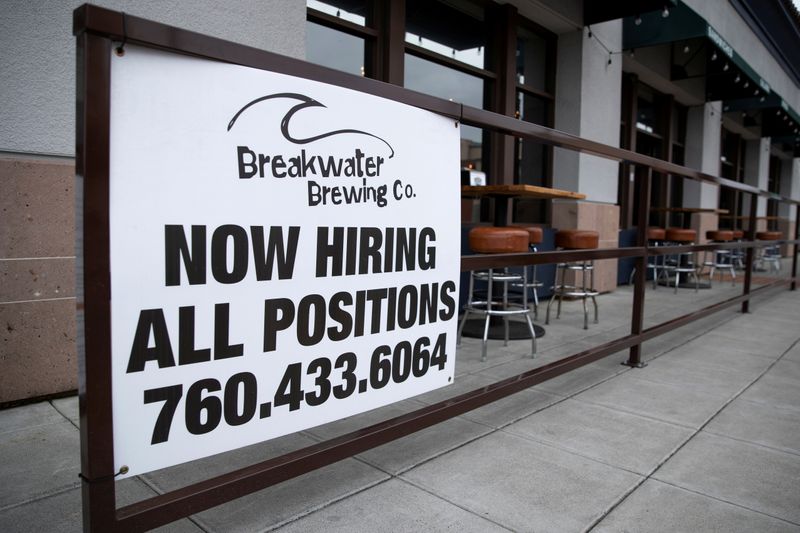 WASHINGTON (Reuters) – The U.S. Federal Reserve for the past 20 months has put its monetary policy arsenal behind the single-minded goal of restoring U.S. employment particularly for the less well off whose prospects suffered most during the pandemic.

Interest rates remain anchored near zero and central bank bond purchases are still underway even as inflation takes off and unemployment drops fast – a combination that has begun to rattle even supporters of the Fed’s jobs focus who worry the central bank as it stands may be doing more harm than good to the cause of full employment. Alternate inflation measures, https://graphics.reuters.com/USA-FED/INFLATION/znpnekxmdvl/chart.png

Calling for a quick Fed pivot towards tighter policy, prominent Democratic economist and former Council of Economic Advisers chair Jason Furman said Wednesday the Fed had fallen out of step with where the economy stands. Moreover, if it has to catch up with a more dramatic policy shift and faster interest rate increases down the road it will hurt those it is ostensibly aiming to help. Unemployed to job openings, https://graphics.reuters.com/USA-FED/JOBS/egvbkmeoepq/chart.png

“A hot economy helps vulnerable workers the most,” Furman, now a Harvard University professor, wrote in a presentation prepared for the Peterson Institute for International Economics. “But a recession hurts vulnerable workers the most…Slowing inflation a little now could help obviate the need for even more drastic and painful steps in the future — and reduce the chances of a future recession with the millions of jobs that could be lost.” Labor market progress, https://graphics.reuters.com/USA-ECONOMY/FEDPROGRESS/yzdvxmmmdpx/chart.png

His call for the Fed to speed the end of its bondbuying and set a “default” plan to start raising interest rates in the first half of next year is the latest salvo in a running debate among economists, investors, elected officials and Fed policymakers about the risks posed by inflation running at 30-year highs, and how the central bank should respond to it.

Investors currently expect the Fed to raise rates perhaps three times next year; the Fed is split on whether it will need to move at all in 2022, a view Furman said stemmed from “wishful thinking” about inflation by at least some Fed policymakers.

The fast pace of price increases was initially dismissed as a fleeting byproduct of reopening after the pandemic but is lasting longer and running higher than expected. It also has started hitting President Joe Biden’s popularity as he mulls whether to reappoint current Fed Chair Jerome Powell to a second four-year term or replace him with Governor Lael Brainard.

A decision is expected before the Thanksgiving holiday, the White House said on Wednesday, and Biden’s language around the announcement – his “framing” of the appointment as Furman put it – may signal how deeply he views inflation as a risk to the economic outlook and to his plans for major new social and infrastructure spending.

Some economists, such as Nela Richardson at payroll processor ADP, have made a similar case as Furman, arguing that inflation itself is hitting low-income families who have less ability to wait out “transitory” price increases that are now anticipated to last well into next year, at least.

Others have noted that dynamics that have dependably held down prices in recent years, such as the deep discounts available online, have reversed.

A monthly index of online prices from software maker Adobe (NASDAQ:) Inc notched its 17th consecutive increase in October, reversing years of steady decline, and is up 1.9% year over year.

“For consumers the place they used to expect increasing value is no longer headed in that direction,” said Taylor Schreiner, director of Adobe Digital Insights, with less discounting even heading into the holiday season.

There’s little disagreement the economy still needs help as it moves beyond a health crisis that drove the unemployment rate to nearly 15%, if only briefly.

Even those Fed policymakers most concerned about inflation currently see the need to raise interest rates only twice next year, or by about half a percentage point. That’s a modest pace of “normalization” that means Fed policy would still be supporting economic growth.

That is likely to change somewhat when new policymaker forecasts are issued next month and officials incorporate recent unexpectedly strong price and wage increases.

Still, the difference revolves more around how long the Fed should wait before beginning to telegraph and then move forward with its first interest rate increases, and how strict it should be in sticking with its pledge to not raise rates until the economy returns to “maximum employment.”

That remains unresolved, and maximum employment undefined, with some policymakers arguing that the bigger mistake would be to raise rates prematurely and potentially slow job growth before it is clear inflation won’t change course on its own.

“We’ve got 4 million fewer jobs than we did have and if you take into account where we would have been without COVID it’s more like 6 million, and that’s not what I would consider full employment,” San Francisco Federal Reserve bank president Mary Daly said this week. “The data are cloudy right now, and if we react to cloudy data we could end up making a mistake that’s very challenging to unwind.”

Dollar dips from 16-month highs as rally takes a pause