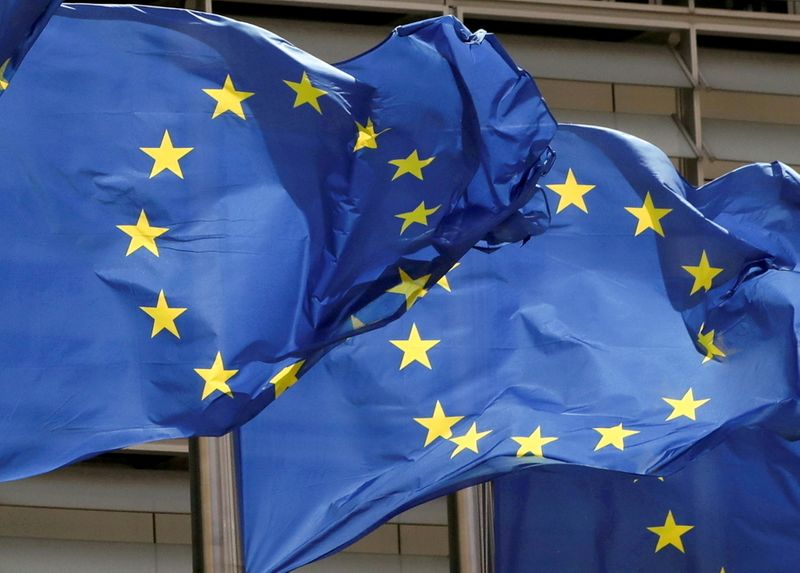 
By Marc Jones and Karin Strohecker

LONDON (Reuters) – Eastern and central Europe’s normally predictable financial markets are suddenly alive with the most diverse geopolitical and economic risks the region has faced in decades, and international investors are starting to pay attention.

The European Union faces a migrant crisis on its eastern borders the bloc says is being fomented by Belarus, tensions between Ukraine and Russia have flared up again, Brussels is locked in a dispute with the Polish and Hungarian governments over rule of law and democracy, and Romania has no government.

Money managers have long viewed the region as a sort of hybrid – part euro zone satellite bloc with ultra-low interest rates to boot, but also not fully out of Russia’s orbit especially at the fringes.

The latest series of events though, which importantly for market watchers comes against a backdrop of one of the strongest inflation surges since the end of the Cold War and rising COVID-19 cases, has been impossible to compartmentalise.

Hungary’s forint, a 12-year low Polish zloty, Romania’s leu and Russia and Belarus’ roubles are five of the eight worst performing world currencies this month and eastern European stocks are having their worst one in over a year.

Government bonds have been suffering as rising inflation crushes the real-term income they provide. Polish, Hungarian and Romanian bonds now have some of the most negative ‘real yields’ — the interest rate once inflation is factored in — anywhere in the emerging world, even lower than Turkey.

Ukraine’s bonds have slumped 10% as Russian tanks have neared its borders again, while the threat that Western governments might ban banks and funds from owning Russian sovereign debt altogether has hit Moscow’s market.

“Welcome back to emerging markets,” JPMorgan (NYSE:) headlined a report on Wednesday on the growing pressures in the region after the years of relative calm.

Meanwhile NATO Secretary-General Jens Stoltenberg warned Russia on Monday the western military alliance was standing by Ukraine amid what he called a “significant” build-up of Russian troops near the border.

Romania is still trying to cobble together a government while calls for separatism in Bosnia have brought warnings of a return to the ethnic conflicts in the Balkans.

“We have seen an effect across most assets,” said Viktor Szabo, a portfolio manager at investment firm abrdn, citing the drops in Ukraine’s hryvnia currency, Russia’s rouble and some of the region’s government bonds.

While the geopolitical tensions have dominated the headlines, UBS’s head of emerging market strategy Manik Narain warns about a sharp deterioration of broader economic fundamentals in CEE.

A rise in imports and supply chain issues in key export sectors like car manufacturing are likely to result in Poland’s first negative trade balance since 2012, Narain said. A long-running row with Brussels about Warsaw overriding parts of EU law could be costly too if it isn’t resolved.

The EU is currently withholding Poland’s 36 billion euro- share ($40.7 billion) of its Covid-19 recovery fund, equivalent to roughly 1% of the country’s GDP. That could jump to 4-4.5% of GDP though if traditional EU development funding, worth more than 120 billion euros over the next six years, is also stopped.

JPMorgan estimates the deterioration in current account positions implies a GDP deficit of 2.3% in Poland, of 1.8% in the Czech Republic and 2.9% in Hungary.

That could see currencies weakening further and together with this year’s 300% surge in gas prices fuel inflation and force central banks to keep raising rates.

Every 1% of GDP current account deterioration requires interest rates to be 50 basis points higher than they otherwise would have been, calculates JPMorgan.

Borrowing costs would have to rise too. Inflation for big three CEE economies – Poland, the Czech Republic and Hungary – currently averages around 6.5%. If it ends up settling between 3-5%, 10-year bond yields in the region would hit 3.9%-5.2% – far higher than in recent years.

“It is difficult to distil the geopolitical tensions from the macroeconomic backdrop,” Dushanova said. “We are probably going to see some rocky times in the region.”

Brazil central bank chief sees 2022 inflation shifting away from goal, GDP to be revised down

World economic news now by the morning of Dec. 6

The FT reported on tanker jams in the Turkish straits due to the Russian oil price ceiling, and NATO analysts assessed the Bank of Russia’s foreign currency reserves seized abroad – these and other world economic news now for the morning of Tuesday, December 6, read more.

Economic news around the world

A tanker jam has formed near the Turkish Bosporus and Dardanelles straits, through which ships carrying Crude Oil from Russian Black Sea ports pass. Turkish authorities demanded insurers fully insure ships passing through the straits, after the G7 countries, the European Union and Australia imposed a ceiling on oil prices from Russia, said the Financial Times.

The newspaper’s sources claimed that ships with Western insurance coverage were delayed, while ships with documents from Russian insurers were allowed through Turkish waters.

India is in discussions with Apple (NASDAQ:AAPL) to locate iPad production in the country and is exploring options for shipping components for them from China, CNBC reported, citing two sources close to the Indian government. Plans have no specifics so far, but if negotiations with Indian authorities are successful, Apple will expand its presence in the country.

A federal court in Australia has asked UC Rusal (MCX:RUAL) for documents on alumina supplies to Queensland Alumina (QAL), the aluminum company’s ties with the Russian government and entrepreneurs under sanctions, Kommersant reported, citing court data. The documents were asked by the court on the claim of Alumina and Bauxite Company, an Australian “subsidiary” of UC Rusal: it owned 20% of QAL; the share went to Rio Tinto (LON:RIO), which had the remaining 80% of the company.

Earlier we reported that the average house prices in the UK fell by 1.4% in November.