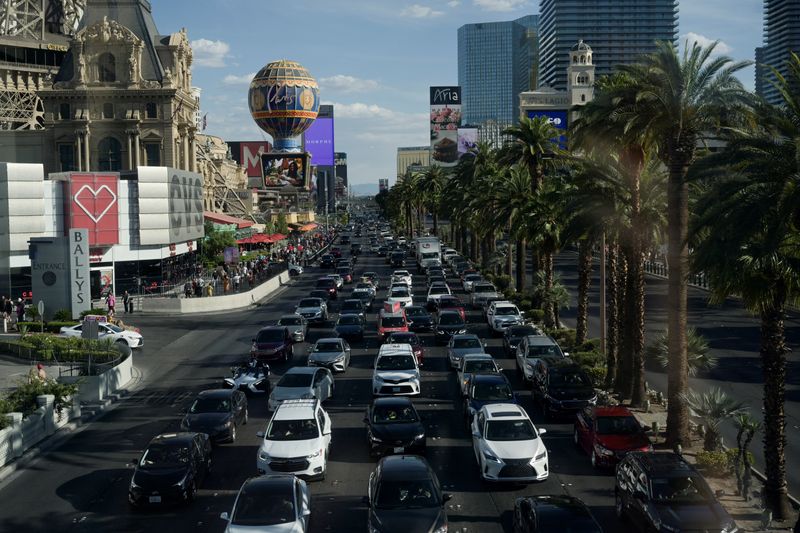 
By Joseph White and David Shepardson

The Federal Reserve is expected to boost U.S. rates again as soon as Wednesday to combat a surge in consumer prices. Rate hikes, costly gas and inflation have been a toxic combination for Detroit’s automakers in the past.

“We have not seen signs of weakening demand,” GM Chief Financial Officer Paul Jacobson told investors at a conference sponsored by Deutsche Bank (ETR:DBKGn). New vehicle prices are high, and inventories of unsold cars and trucks remain low, he said.

GM has been able to offset $5 billion in higher supply chain costs by raising prices and cutting expenses, Jacobson said. He reaffirmed GM’s earlier financial targets and its goal of increasing vehicle production for 2022 by 25-30% from 2021.

Lawler said Ford’s credit arm is starting to see an increase in loan delinquencies, a potential leading indicator of softer demand. However, “it’s not yet a concern” because delinquencies were extremely low previously, he noted.

Both Lawler and Jacobson said low inventory would benefit their companies should the U.S. economy tip into recession.

Jacobson said GM executives are watching “every day, every week, every month” for signs of a slowdown, focusing on inventories and other indicators. Lawler said Ford has done modeling on the potential impact of both moderate and severe recessions.

In the past, the Detroit automakers and their dealers carried two to three months’ worth of vehicles on their lots. When consumer demand withered, they were forced to offer deep discounts to move out old models.

“We are not going to go back to the high inventories that we had in the past. We’ve targeted 45 to 55 days and we’re going to stick to that,” Lawler said.

GM’s management is being extra cautious about adding staff, and is reviewing capital spending plans, Jacobson said. But the company does not want to cut long-term investments in electric vehicles, software and other new technology “that are going to drive revenue growth,” he added.