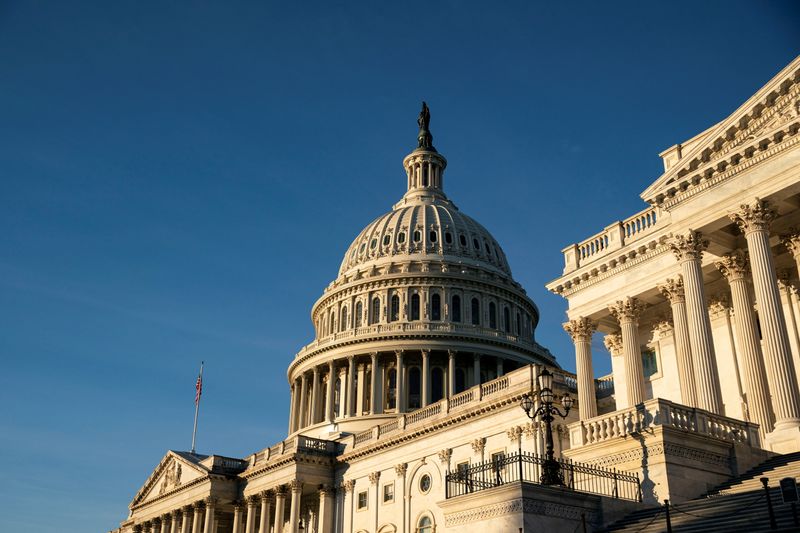 WASHINGTON (Reuters) – November is shaping up to be a momentous month for President Joe Biden as Democrats controlling the U.S. Congress face a formidable workload that, if completed, would lock in the $2.75 trillion pillar of his domestic agenda – one that some compare to the 1930s “New Deal” or the 1960s “Great Society.”

If the sheer dollar figure was not daunting enough, Biden last week framed the early November agenda this way in a closed-door meeting with House of Representatives Democrats, according to a source familiar with his remarks:

“I don’t think it’s hyperbole to say that the House and Senate majorities and my presidency will be determined by what happens in the next week.”

That is just for starters.

A further $1.5 trillion in annual domestic spending to fund routine government operations also must be cobbled together before a Dec. 3 deadline. Failure in the deeply divided Congress could trigger a partial government shutdown.

Layered on top of that is the same Dec. 3 deadline for raising Washington’s $28.4 trillion cap on borrowing, a mundane process in which Republicans say they will refuse to participate.

Failure on that front would plunge the federal government into a historic default on its debt, creating financial troubles that could ripple through the global economy.

As soon as this week, the House could vote to pass the first prong of the $2.75 trillion package – more than $1 trillion to improve roads, bring broadband to underserved rural areas and invest in other infrastructure. It is a bill that even some Republicans support.

That could follow quickly with debate on the partisan, $1.75 trillion bill Democrats have fought over among themselves for months, undercutting Biden’s popularity. It is half of the $3.5 trillion Biden initially sought.

Biden, who is in Europe for G20 and climate summits, said on Sunday that the package will be voted on sometime this week, “God willing.”

With a large portion of the public saying it is unaware of the larger bill’s tax cuts for lower-income families with children, expanded social safety-net programs and $550 billion of investments to tackle climate change, Transportation Secretary Pete Buttigieg took to the airwaves on Sunday to tout them.

“This is not half a loaf. It is a feast of good policy,” Buttigieg said on ABC’s “This Week.”

With Republicans united against much of the Democrats’ spending plans and the Democratic caucus fractured, it is unclear Congress can manage such a heavy load.

Adding to that is a looming Senate fight over election reform legislation. If the Democrats’ effort falters, as expected, it could prompt them to alter the “filibuster” rule so that minority Republicans cannot block such bills so easily.

But the Democrats’ top priority will be passage of the two massive bills that together make up most of Biden’s domestic agenda.

After months of negotiation, moderates and liberals in the party were nearing agreement on the safety-net bill.

But Senator Bernie Sanders, a leading liberal, told CNN’s “State of the Union” broadcast on Sunday that he insists a provision be included to cut prescription drug costs.

With the November 2022 congressional election campaigns nearing, the flurry of legislation will test whether Democrats, without much help from Republicans, can push through a major expansion of government programs while cutting taxes for some and raising them on the ultra-wealthy and corporations.

Democrats could be emboldened if the party scores a victory in Tuesday’s tight election for governor in Virginia.

A possible Republican upset could give Democratic moderates in Congress second thoughts, however, about signing onto Biden’s sweeping “Build Back Better” plan.

Quotes: Bank of England decision day on Thursday: what its rate-setters say