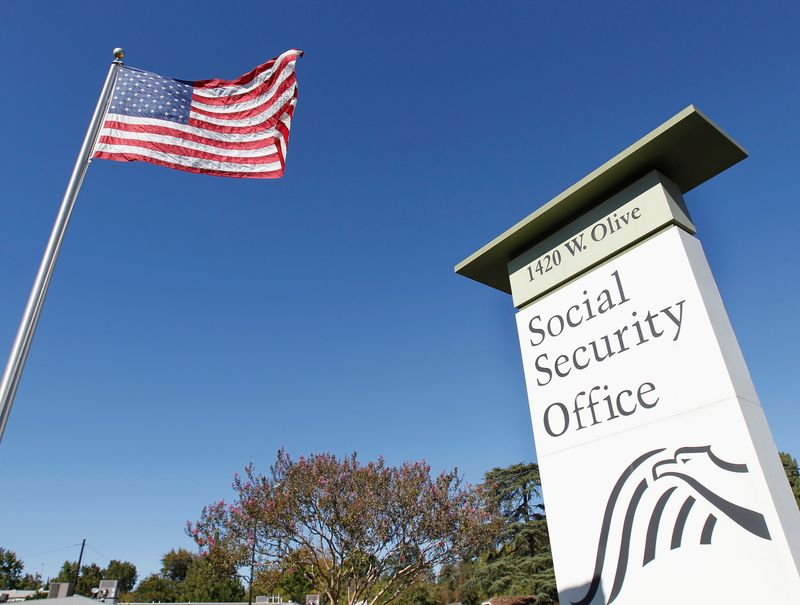 (Reuters) – The Social Security Administration has announced plans to begin reopening its vast national network of field offices to the public in January following a 20-month COVID-19 shutdown. The reopening will give the agency a needed opportunity to improve public service, but also presents some thorny challenges.

The pandemic forced an abrupt closure by the agency last March of its network of more than 1,200 field offices, which provide assistance on retirement and Medicare claims. The offices also assist on applications for Social Security Disability Insurance (SSDI) and Supplemental Security Income (SSI), the benefit program for low-income, disabled or older people. In 2019, the offices had 43 million visitors, but since the pandemic began nearly all public service has been available only online, and by phone and mail.

Earlier this month, the agency announced tentative plans for employees to return to their office posts on Jan. 3, 2022, with managers reporting to work in December. The agency also will continue to allow telework to varying degrees for different jobs.

Social Security describes the phased re-entry as an “evaluation period,” and Mark Hinkle, press officer, said via email that some aspects of the shift still must be determined in negotiations with unions that represent the agency workforce – including the reopening date. The agency also will be “phasing in” its plans to allow walk-in service at the offices, beginning in January, he said. Currently, in office, in-person service is available only by appointment and only for limited, critical issues.

Processing of Social Security retirement benefits and Medicare claims has not been impaired during the office shutdown, agency records show. But there was a sharp drop in 2020 in benefit awards for SSI (down 18%) and disability insurance (down 10%).

“The most serious problems are related to the drop in awards for the most vulnerable people,” said David Weaver, a former associate commissioner in Social Security’s Office of Research, Demonstration and Employment Support. “It’s people who might have less ability to get information off the internet, or easy access to information on how to contact the agency. And people seeking SSI and disability may have serious mental impairments or be homeless.”

Had benefit awards continued at pre-pandemic levels for SSI and SSDI, 500,000 more people would be receiving benefits for these two programs, according to Weaver’s calculation. (https://

Reopening the field office network presents an opportunity to address the inequities – but also some tough challenges as the agency works to keep employees and the public safe as the pandemic continues.

The American Federation of Government Employees, which represents 43,000 employees working across a wide array of agency functions, generally is supportive of reopening. But it is seeking to bargain with the agency over specifics of the reopening plan related to COVID-19 safety.

“We are concerned that the plan is vague and full of gaps,” said Rich Couture, president of the AFGE council representing hearings and appeals office personnel and spokesman for a committee made up of six AFGE bargaining councils. “It doesn’t specify what the plan will be for occupancy rates, or how we’ll make sure that waiting rooms don’t get overwhelmed.”

Social Security notes that it is following the Centers for Disease Control and Prevention and government-wide guidelines for occupancy and physical distancing. “Our offices will use signage, seating arrangements, floor markings and Plexiglass barriers to assist with distancing and occupancy requirements,” Hinkle said. The agency also is monitoring the Nov. 22 deadline for all federal workers to be vaccinated, and is collecting vaccination information from workers.

The vaccine mandate is another issue for some AFGE members, Couture noted. “We have some who are very vocally opposed, some who are vocally in support and others who are silent,” he said. “Our position has been to encourage people to get vaccinated, based on the science, but we want to bargain over all aspects of the mandate and we’ve asked for more flexibility on it.”

Social Security also is waiting on a decision by the U.S. Congress to meet the funding needs to serve the public. Congress cut the agency’s budget by 13% in inflation-adjusted terms from 2010 to 2021 – a period when the number of Social Security beneficiaries grew by 22%. The Biden administration requested a 10% increase for the coming fiscal year – a bit less than the agency says it needs to avoid rising backlogs of disability claims, longer wait times for other benefit claimants and also on the toll-free number.

Another issue is the lack of a confirmed leader for the Social Security Administration. Andrew Saul, the commissioner appointed by former President Donald Trump, was forced out in July by the Biden administration after a tenure marked by contentious relations with labor at the agency. Since then, the agency has been run by an acting commissioner, Kilolo Kijakazi, a Biden appointee who had been serving as deputy commissioner for retirement and disability policy.

The Biden administration has yet to nominate a permanent commissioner, who would need to be confirmed by the U.S. Senate.

“It is important that the Biden administration nominates a commissioner and the Senate confirms the nominee,” said Weaver. “That will provide SSA with stable leadership in a difficult operational and budget environment.”

If you need to conduct business with Social Security during this transition, the agency advises that you use its website https://www.ssa.gov wherever possible or to call its national toll-free number 1-800-772-1213(1-800-772-1213) as a starting point to receive assistance.