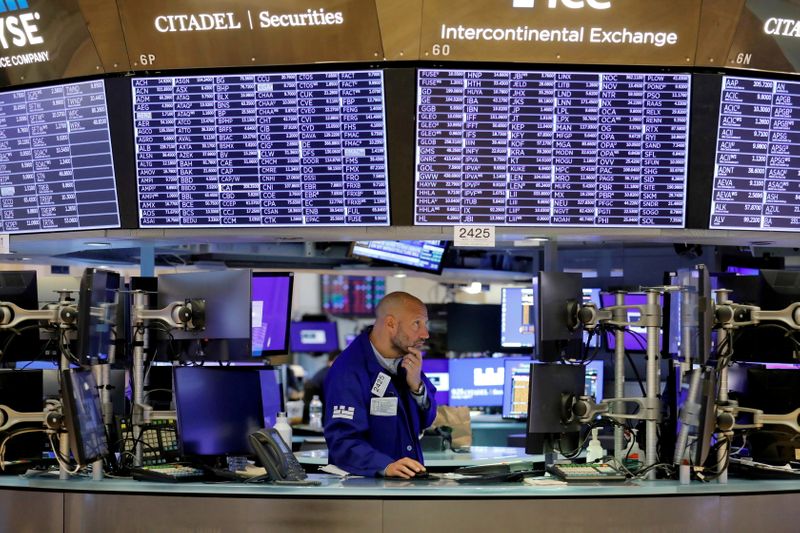 
By Devik Jain and Shashank Nayar

(Reuters) -U.S. stock indexes were set for a mixed open on Wednesday as investors refrained from making big bets ahead of the conclusion of a Federal Reserve meeting, where policymakers are widely expected to signal the withdrawal of its pandemic-era support.

The U.S. central bank will likely announce the tapering of its $120 billion-a-month asset purchase program in its policy statement due at 2 p.m. ET (1800 GMT).

The statement will be followed by Chair Jerome Powell’s news conference, which market participants will be closely watching for views on inflation and interest rate hikes.

“We don’t expect they will touch up on their rate hike plans for now … the Fed has been so diligent in preparing the market in what it is going to do and I will be surprised to see any kind of extreme moves in the market post decision,” said Sam Stovall, chief investment strategist at CFRA Research in New York.

“But, if the Fed is to cut bond buying at faster levels than what the market anticipates, it could send some jitters because it says that the Fed worries more about inflation.

Wall Street has largely shrugged off concerns around rising price pressures and mixed economic growth, boosted by a stellar third-quarter earnings season and an upbeat commentary about growth going forward.

The and the Nasdaq notched record closing highs for a fourth straight session on Tuesday, while the closed above 36,000 for the first time.

Profits for S&P 500 companies are expected to have climbed 40.2% in the third quarter from a year ago, up from an expected 29.4% rise at the start of the earnings season, according to data from Refinitiv.

October readings on IHS Markit composite PMI and ISM non-manufacturing activity are due later in the day.

Activision Blizzard Inc (NASDAQ:) tumbled 13.6% after the videogame publisher delayed the launch of two much-awaited titles, as its co-leader Jen Oneal decided to step down from her role.

Analysis-In rates fight with market, ECB is down but not out