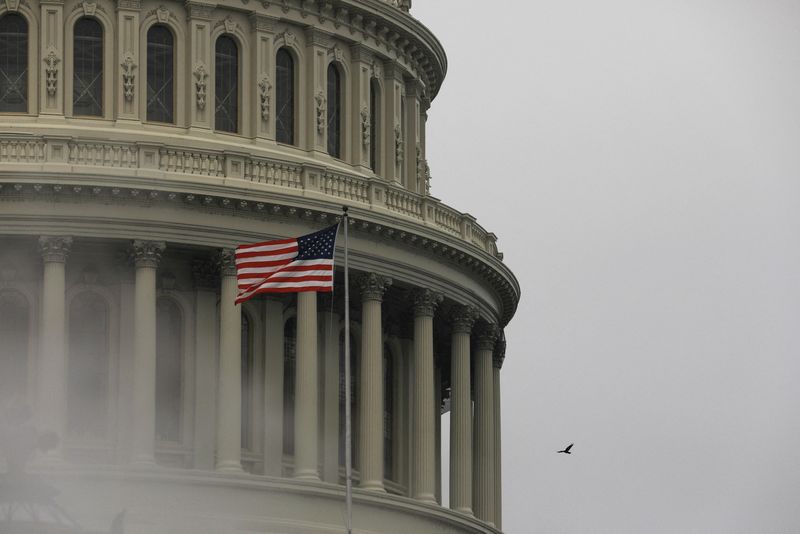 WASHINGTON (Reuters) -U.S. congressional Democrats agreed to rush $39.8 billion in additional aid for Ukraine, two sources familiar with the proposal said on Monday, easing fears a delayed vote could interrupt the flow of U.S. weapons to the Kyiv government.

The House of Representatives could pass the plan, which exceeds President Joe Biden’s request last month for $33 billion, as soon as Tuesday, and Senate leaders said they were also prepared to move quickly.

A proposal for additional COVID-19-related funding, which some Democrats had wanted to combine with the emergency Ukraine funding, will now be considered separately.

Biden on April 28 asked Congress for $33 billion to support Ukraine, including more than $20 billion in military assistance. That proposal was a dramatic escalation of U.S. funding for the war with Russia.

The new proposal includes an additional $3.4 billion for military aid and $3.4 billion in humanitarian aid, the sources said.

Biden’s fellow Democrats and Republicans both said they supported more aid for Ukraine and would approve emergency funding quickly, but it was delayed by disputes between the parties over whether additional funding for COVID-19 relief or stiffer immigration controls should be included.

The delay raised concerns across the capital.

Biden issued a statement calling on lawmakers to pass the funding and get it to his desk for him to sign it into law in the next few days. “We cannot allow our shipments of assistance to stop while we await further congressional action,” he said.

The Pentagon said the military had enough funds to send weapons to Kyiv for just the next two weeks.

Pentagon spokesman John Kirby (NYSE:KEX) said there was only about $100 million left through the Presidential Drawdown Authority, which allows the president to authorize the transfer of weapons without congressional approval in response to an emergency.

“By the third week of the month, we expect to utilize all of that,” Kirby told reporters.

Senate Republican Leader Mitch McConnell told reporters he was pleased the Ukraine assistance was decoupled from COVID-19 aid. He had advocated for a “clean” Ukraine bill repeatedly in speeches in the Senate.

Some Democrats said they were disappointed the COVID-19 aid would be considered separately.

“It would have been so much better for us to protect the United States as well as worked to protect Ukraine,” No. 2 Senate Democrat Dick Durbin told reporters.

Asked if separating Ukraine aid hurts prospects for COVID-19 aid, Durbin said, “It doesn’t help. Putting those two together would have been a positive.”

In his statement, Biden called on Congress to move promptly on COVID-19 funding. “Without timely COVID funding, more Americans will die needlessly,” he said.

“We will lose our place in line for America to order new COVID treatments and vaccines for the fall, including next-generation vaccines under development, and be unable to maintain our supply of COVID tests.”

In this case, it will help those affected by Russia’s invasion, such as Poland and other eastern European countries as well as Ukraine.

Factbox-Key races in Nebraska, West Virginia primaries on May 10 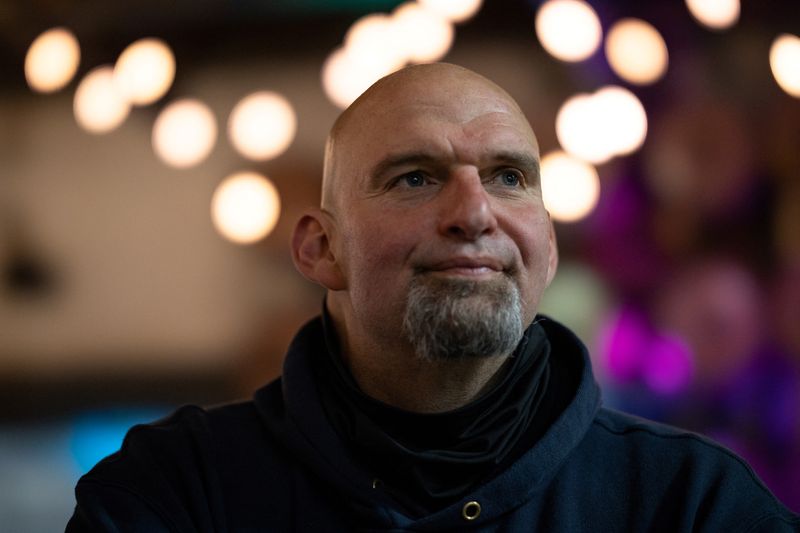 (Reuters) -Voters in Pennsylvania, North Carolina, Idaho and Kentucky hold nominating primaries on Tuesday in which voters will pick their parties’ candidates for the U.S. Congress and other offices, helping to shape the field for the Nov. 8 midterm election.

Here is a look at several important contests.

State Senator Chuck Edwards defeated Cawthorn and will likely win the general election because Cawthorn’s seat, based in the mountainous western part of the state, is considered safely Republican.

Pennsylvania Lieutenant Governor John Fetterman cruised to victory in the Democratic nomination contest for what could be one of the tightest U.S. Senate races in November.

He emerged victorious just hours after having a pacemaker installed as he recovers from a stroke, raising questions about his ability to deliver on one of the Democrats’ best opportunities to add to their razor-thin Senate majority.

The battle for the Republican U.S. Senate nomination in Pennsylvania was shaken up in its final week, as conservative commentator Kathy Barnette put in a strong closing performance.

However, former hedge fund CEO David McCormick and television wellness celebrity Mehmet Oz, backed by Trump, held their leading positions with 85% of the expected vote counted, according to Edison Research.

McCormick and Oz told their supporters they did not expect their race to be decided on Tuesday.

Budd, who voted against certifying Trump’s defeat in the 2020 presidential election, had little statewide name recognition before Trump got behind him. Afterward, Budd rose in public opinion polls against McCrory, a fiscally conservative standard-bearer of the Tea Party era.

In the November election, Budd will face Democrat Cheri Beasley, a Black woman who formerly served as chief justice of the state Supreme Court. Analysts expect the race to be competitive. 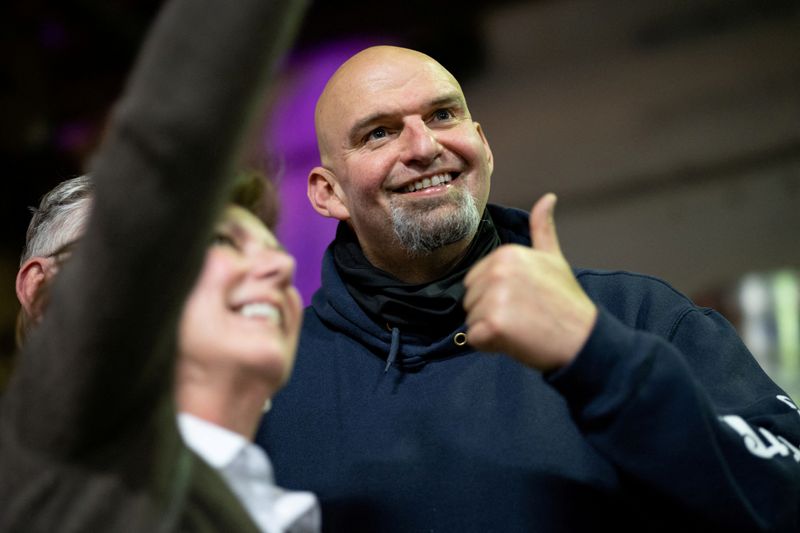 Fetterman now faces a Republican candidate in the Nov. 8 general election to determine the successor to retiring Republican Senator Pat Toomey. The race is pivotal in Democratic hopes of retaining their slim majority in the Senate. The Democratic primary was seen as a test of which wing of the party will hold sway heading into the general election.

Fetterman said on Sunday he had suffered a stroke last week but was on his “way to a full recovery.” His campaign said on Tuesday he successfully had a pacemaker installed to address irregular heart rhythms that caused the stroke. 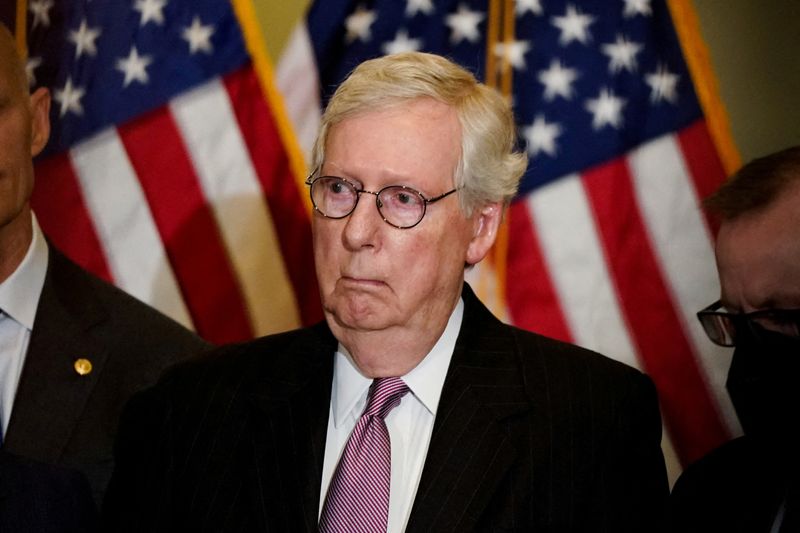