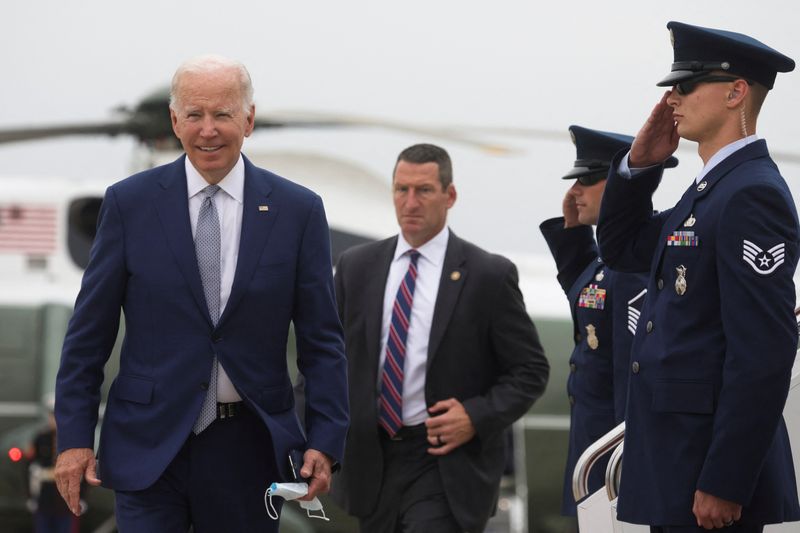 Biden’s executive order asks the federal health and education departments to expand access to gender-affirming medical care and find new ways to counter a flurry of bills passed in U.S. states by conservative lawmakers this year that ban these treatments for transgender youth.

The order asks federal agencies to ensure that federally funded programs do not offer conversion therapy, which tries to force LGBTQ youth to change their sexual orientation, and the Federal Trade Commission to consider policing such practices that seek to change a patient’s sexual orientation or gender identity as deceptive businesses.

A study backed by the Trevor Project, an LGBT anti-suicide advocacy group, found that some $650 million is spent on conversion therapy annually, including payments from insurance companies and Medicaid, the federally-funded healthcare program for lower income people.

Decrying what he called the “ultra-MAGA” agenda, a reference to former President Donald Trump’s campaign slogan, Biden said states have introduced hundreds of bills targeting LGBTQ people, that parents of transgender youth are being harassed in Texas and Mickey Mouse is targeted in Florida for Walt Disney (NYSE:DIS)’s defense of gay rights.

“These attacks are real and consequential for real families,” Biden said.

The measures also include encouraging the placement of LGBT children in foster homes that support their sexual orientation and creating a new working group on LGBT homelessness. They come after the Department of Justice has challenged some conservative state laws on trans kids as unconstitutional.

The White House said more than 300 “anti-LGBTQI+” laws were introduced in state legislatures over the past year, a reference to bills barring classroom discussion of gender identity, blocking access to healthcare to help young people transition, and restricting participation in sports.

The White House’s steps fall short of an outright federal ban on discrimination based on sexual orientation or gender identity in public spaces and federal programs. That would require Senate approval for the Equality Act.