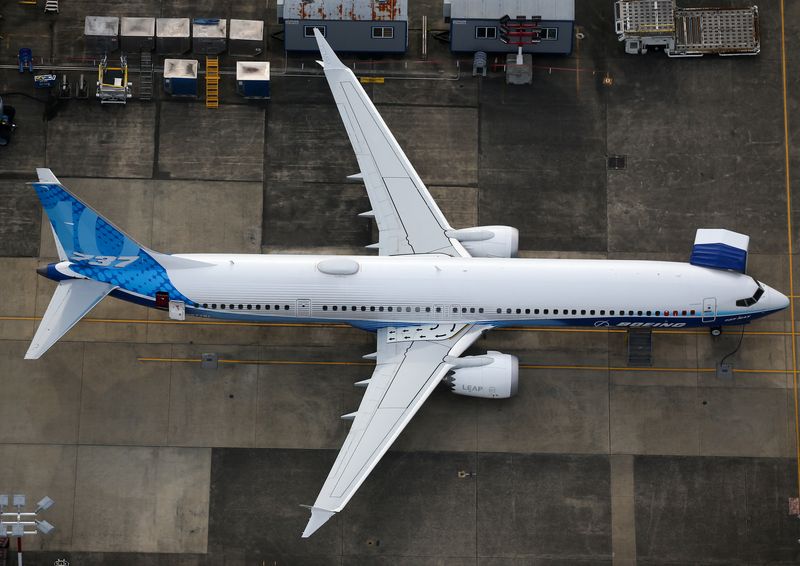 EVERETT, Wash./WASHINGTON (Reuters) -Boeing on Wednesday said it was making progress but declined to offer a clear timeline on when it expects to win approval for its 737 MAX 10 aircraft amid a tougher regulatory climate.

Boeing (NYSE:BA) has a December deadline to win approval for the 737 MAX 10 – the largest member of its best-selling single-aisle airplane family – or faces new cockpit alerting requirements under a 2020 law, unless Congress opts to wave it.

The deadline for changes was introduced as part of broader regulatory reforms at the Federal Aviation Administration after fatal 737 MAX crashes in 2018 and 2019.

“It’s taking longer to get approval of our documents than it has in the past.”

Both the FAA and Boeing are working through a process that is different from what Boeing has done in the past, making it a challenge, said Fleming. The regulators control the timeframe and it is incumbent on Boeing to deliver on the elements of the certification plan, he said.

In March, the FAA warned Boeing it may not win certification of the MAX 10 by the end of the year and asked the company to provide a “mature certification schedule.”

Sources briefed on the matter told Reuters it is not certain Boeing has enough time to win approval by December.

Unlike other Boeing aircraft, the 737 lacks the Engine Indicating and Crew Alerting System known as EICAS, which complies with the FAA regulation.