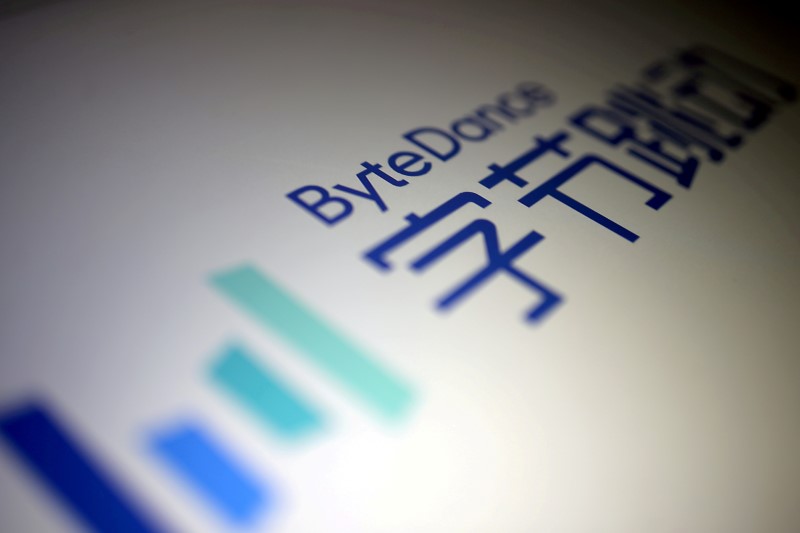 
By Yingzhi Yang and Brenda Goh

BEIJING (Reuters) – TikTok CEO Shou Zi Chew will step down as its parent ByteDance’s chief financial officer (CFO) to focus on running the short video platform full time, according to an internal memo the company shared with Reuters.

The memo, which was sent by ByteDance co-founder Liang Rubo to staff on Tuesday, also outlined a major reshuffle at the Beijing-based company to create six business units (BUs).

This is the biggest organizational change since ByteDance co-founder Zhang Yiming said in May he would step down as CEO. Zhang remains chairman and has more than 50% of voting rights. Liang will officially take over from Zhang as CEO in December.

Chew’s shift comes after ByteDance said in April that it did not have any imminent plans for an IPO. It had been looking at a Hong Kong or New York listing, sources previously told Reuters.

One of the world’s largest private companies, ByteDance had a valuation of about $300 billion in recent trades.

Chew joined ByteDance as CFO in March and was appointed as TikTok CEO in May. Liang did not elaborate on replacement plans for the CFO role, but a person familiar with the matter said the company was not rushing to seek candidates to fill the position.

This will help ensure “business lines and teams that work closely together are grouped as BUs”, he added.

The TikTok unit will support operations of the short video app and its expansion into areas such as global e-commerce.

ByteDance’s Chinese products, including Douyin, news aggregator Toutiao, video-streaming platform Xigua, will be folded into the Douyin unit, which will take over all “information and service” operations in the Chinese market.

The bulk of ByteDance revenue, totalling $34.3 billion in 2020, was generated in China, sources have said.

Liang also said that Dali, which has undergone layoffs and product closures after China issued rules barring curriculum-based tutoring for profit plunging, would provide services for education stakeholders such as artificial intelligence-powered learning, education for adults and smart hardware.