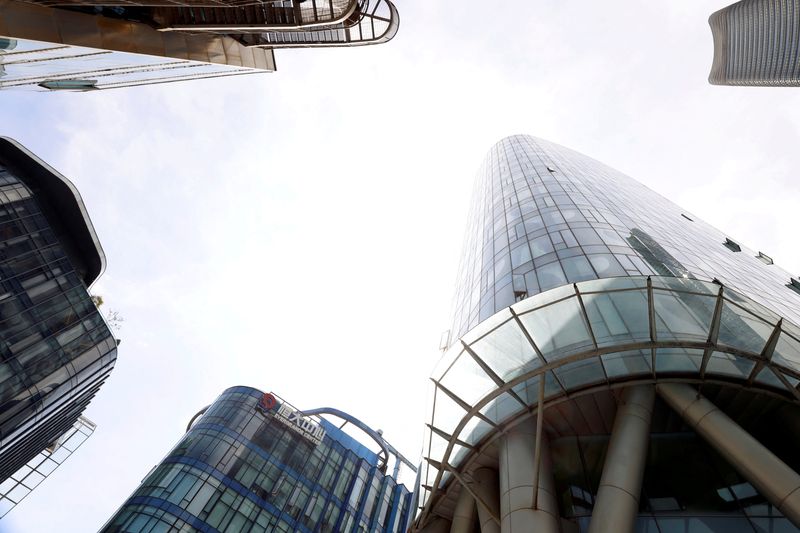 
By Clare Jim and Sameer Manekar

Hong Kong (Reuters) -China Evergrande Group, the world’s most indebted property developer, on Tuesday said it will “vigorously” oppose a winding-up lawsuit filed against it, and that the petition will not impact its restructuring plan or timetable.

The developer has over $300 billion in liabilities and defaulted on its offshore debt last year. It expects to announce a preliminary restructuring plan by the end of July.

In a stock exchange filing on Tuesday, it said, if wound up, any disposition of property directly held, including assets and shares, will be void unless the court grants a validation order.

In such a scenario, it said, any transfer of shares by shareholders or potential investors on or after June 24, when the petition was filed, would be void.

Trading of Evergrande shares has been suspended since March 21 as the firm was unable to publish financial results on time, and because unit Evergrande Property Services Group Ltd said it was is investigating how banks seized 13.4 billion yuan ($2.00 billion) in deposits that had been pledged as security for third-party guarantees.

On Monday, a Top Shine executive told Reuters his firm filed the petition because Evergrande had not honoured an agreement to repurchase shares it bought in Fangchebao (FCB), Evergrande’s online real estate and automobile marketplace.

The executive said Top Shine bought 0.46% of FCB for HK$750 million in March last year ahead of an initial public offering (IPO), and that Evergrande agreed to repurchase the shares with a 15% premium if an IPO did not materialise by April 8, 2022.