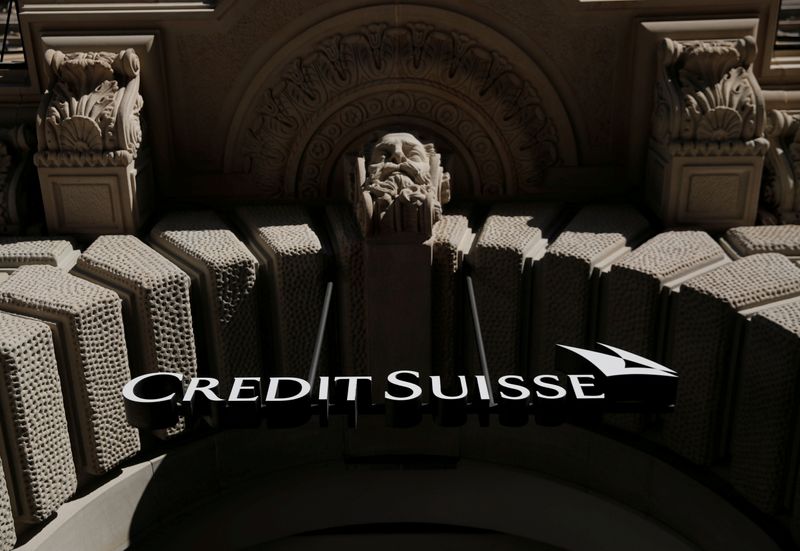 © Reuters. FILE PHOTO: The logo of Swiss bank Credit Suisse is seen at its headquarters at the Paradeplatz square in Zurich, Switzerland October 1, 2019. REUTERS/Arnd Wiegmann

ZURICH/FRANKFURT (Reuters) – Credit Suisse (SIX:) will unveil a new centralised structure on Thursday in an attempt to bring its far-flung divisions to heel and draw a line under a string of scandals that have cost the Swiss bank billions of dollars, two sources said.

Over the past year, Credit Suisse has been fined for arranging a fraudulent loan to Mozambique, tarnished by its involvement with defunct financier Greensill, racked up $5.5 billion in losses when U.S. family office Archegos collapsed, and been rebuked by regulators for spying on executives.

Credit Suisse drafted in seasoned banker Antonio Horta-Osorio as chairman in April to stop the rot and he will lay out his charter to reform Switzerland’s second-biggest bank on Thursday when it presents third-quarter results.

One key change is expected to be the creation of a single wealth management division that caters to a global elite, centralising oversight at the bank’s headquarters in Zurich, two people familiar with the matter told Reuters.

Under the current structure put in place six years ago, wealth management straddles three divisions: a Swiss business, an Asia-Pacific arm catering mainly to rich Chinese and an international arm based out of Switzerland.

It would also rein in local bankers who have enjoyed much autonomy, making them more answerable to senior managers who have often been blindsided by the risks that triggered past scandals, the sources said.

One of the people told Reuters that managers at the bank’s headquarters had become very risk averse and they did not want to give leeway to local bankers, regardless of how much profit they were making.

In the wake of massive losses and a bailout during the financial crisis, UBS successfully pivoted away from investment banking to wealth management and is now the world’s largest wealth manager with $3.2 trillion in invested assets.

Its shares have climbed 57% in the past 10 years while Credit Suisse has slumped 53% over the same period.

Shareholders have deserted Credit Suisse this year following the slew of bad headlines. Its shares are down 12% while UBS is up 36% while Wall Street rivals are riding high on the back of a boom in equity trading and M&A.

Andreas Venditti, an analyst at Swiss private bank Vontobel, said it would take more than “minor changes and a new divisional set-up” at Credit Suisse to reverse the trend.

The expected revamp at Credit Suisse has also encouraged some high-profile dealmakers to approach the bank’s senior management to suggest it merges with a rival, another person with knowledge of the matter said.

Those ideas have been rejected so far, however, the person said.

Nonetheless, the prospect of a challenge by investors demanding the break-up of the bank, or that its shrinking market value makes it a target for a hostile foreign takeover, have long troubled managers, sources told Reuters earlier this year.

With a market value of $28 billion, Credit Suisse is worth less than half of UBS and a fraction of Wall Street giants such as JPMorgan (NYSE:) weighing in at half a trillion dollars.

But an approach from the United States would not go down well in Switzerland. Relations between Swiss banks and Washington were damaged when the United States pressured them into giving up their strict secrecy code more than a decade ago.

A combination of Credit Suisse and UBS, which has been touted as an alternative alliance, would face its own problems. For one, it would dominate the Swiss market.

Another source said that while Credit Suisse had examined a sale or spin-off of its asset management business, that had been shelved. The person said, however, that once further efforts were made to cut costs and boost growth, a sale, or listing of the business on the market, could be back on the cards.

The bank’s drive to centralise its operations is drawing on lessons from some of its recent failures, including Archegos.

Earlier this year, Credit Suisse published a report blaming a focus on maximizing short-term profits and enabling “voracious risk-taking” by Archegos for failing to steer the bank away from catastrophe.

Despite long-running discussions about Archegos – by far the bank’s largest hedge fund client – Credit Suisse’s top management were apparently unaware of the risks it was taking.

The bank’s chief risk officer and the head of its investment bank recall hearing about it first only on the eve of the fund’s collapse.

“There were numerous warning signals,” the report said. “Yet the business … failed to heed these signs.”

Lufthansa jumps back to profit as travel restrictions ease