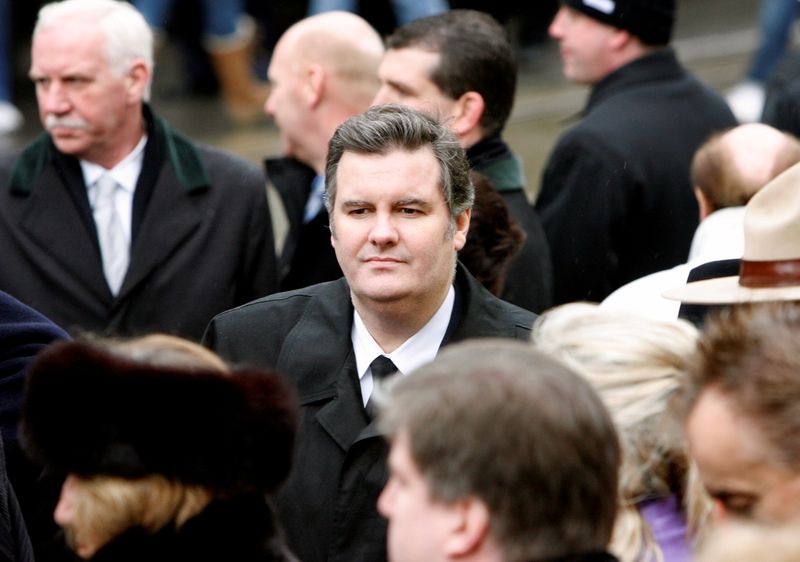 
By Eva Mathews and Sarah Berman

(Reuters) – Rival factions claiming control of Rogers (NYSE:) Communications Inc’s (RCI) board will face off in a Canadian court on Monday, after a feud in the founding family erupted into the open, weighing on the stock and raising doubts about the fate of a multibillion-dollar takeover.

The dispute within the wireless, telecom and cable TV provider was triggered after Edward Rogers, son of late founder Ted Rogers, failed in his attempt to remove CEO Joe Natale in September, claiming he lost confidence in Natale’s ability to lead the merged entity after the planned C$20 billion ($16.14 billion) takeover of Shaw Communications (NYSE:) goes through.

That put Edward at odds with his mother and two sisters, who backed Natale, and resulted in his removal as the chairman of Rogers. Edward retaliated using his position as chair of the family-owned Rogers Control Trust, the entity that owns the majority of voting shares in the company, to constitute a new board, which recognized him as chairman.

He then approached the Supreme Court of British Columbia, where the company is incorporated, to legitimize the new board.

The judge will decide which of the dueling boards is in charge.

The family row playing out in public is a rare occurrence in Canada and has caught analysts and investors by surprise. The boardroom drama in the middle of Rogers’ biggest takeover is a distraction, analysts have warned. Shaw on Friday reiterated its support for the deal.

“Shaw shareholders could get cold feet and pull out of the deal,” said Keith Snyder, an analyst at CFRA Research. If it pulls out, he added, that would give competitors like BCE (NYSE:) Inc or Telus (NYSE:) Corp a chance to make a bid for the company.

Shaw stock closed on Friday at C$35.64, a discount to Rogers’ offer price of C$40.50, which is a sign that some market players have doubts about the success of the deal.

In his affidavit, Edward said the board agreed to replace Natale as CEO. But Loretta Rogers, the family’s matriarch, said her decision to initially support Edward was based on wrong and incomplete information provided by her son, and that she changed her view on learning additional facts and continues to back Natale.

John MacDonald, who was named Rogers’ chairman after Edward’s exit, said in his affidavit the board and family members had not voted to terminate Natale, and that instead they believed he had “exceeded his goals” as CEO.

Matthew Dolgin, an analyst at Morningstar, believes a resolution cannot be expected soon. The events have weighed on Rogers’ stock, which is down 2.9% this year, compared with a 17% rally in BCE and a 12.6% gain in Telus.

“Normally we’d more readily dismiss the actions and desires of an ousted chairman, but the complexity of the firm’s family control makes it anything but cut-and-dried,” Dolgin said.

RCI operates under a unique ownership structure wherein 10 people close to the late founder, including his four children and widow, and several longtime family friends, sit on the Advisory Committee of the Rogers Control Trust. The trust owns 97.5% of Class A voting shares in RCI.

“The oversized influence of the Rogers Control Trust on RCI’s board, combined with recent actions, is inconsistent within our M&G framework, in particular for a large public company such as RCI,” S&P Global (NYSE:) Ratings said in a statement last week as it downgraded its assessment of Rogers’ management and governance (M&G) to “fair” from “satisfactory.”