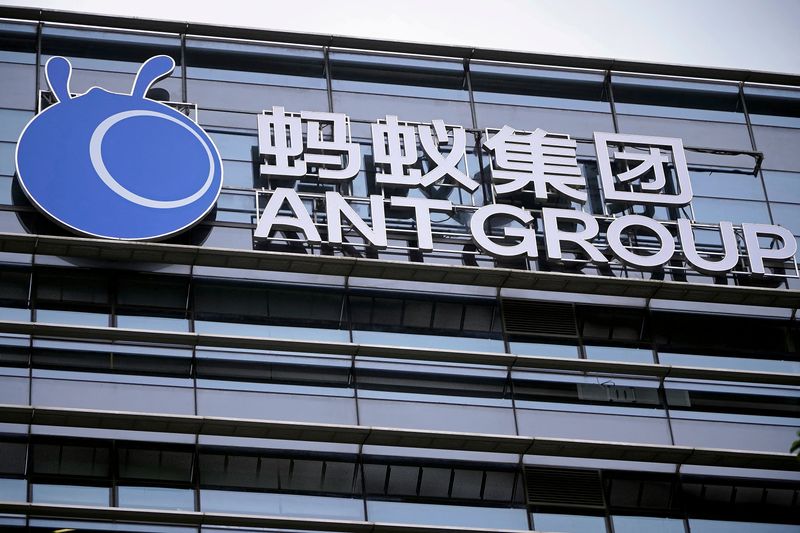 
By Yingzhi Yang and Brenda Goh

BEIJING/SHANGHAI (Reuters) – Ant Group was spun off from Alibaba (NYSE:BABA) Group Holding 11 years ago but the two Jack Ma-founded companies had continued to collaborate closely, and even function as one company in some aspects, to maximise their competitive advantage.

Since late last year, though, the duo have been taking concrete steps to set strict operational boundaries, according to sources familiar with the matter.

Here are details about their shared history, and how their closeness has played out over the years:

Ant’s beginnings can be traced to Alipay, which was launched by Alibaba in 2004 as a payment service that aimed to address Chinese buyers’ and sellers’ concerns about transacting online in the country’s then-nascent e-commerce market.

Ma spun Alipay out seven years later, despite strong objections from investors including Yahoo, citing the possibility of new rules being introduced to ban foreign investments in financial businesses in China.

Alipay then expanded into wealth management and insurance services, and folded those businesses into an entity called Ant Financial. It changed its name again to Ant Group in 2020.

After Ant’s spin-off, the two companies entered an agreement which saw Ant pay 37.5% of its pre-tax profits to Alibaba. That agreement ended in 2019 when Alibaba acquired a 33% stake in Ant, which it still holds.

Ma currently controls Ant and while he has stepped down from executive positions at Alibaba as well as the e-commerce giant’s board, he continues to be a life-long member of the Alibaba Partnership, a group of top executives that has the right to nominate a majority of Alibaba’s board.

Nine out of the current 38 Alibaba partners are Ant executives, including Ant’s chief executive and chairman Eric Jing.

The two companies have frequently talked about their synergies, with Ant saying in the prospectus it filed to the Hong-Kong exchange in 2020, before its stock market listing was pulled, that “synergy with Alibaba” was one of its key advantages and its “origin and continued affiliation with Alibaba is a source of strength as well as purpose”.

This played out on their apps – for years Alipay was the main payment option available on Alibaba’s apps, including China’s dominant marketplace app Taobao and food delivery app Ele.me.

Alipay, which has more than 1 billion users, prominently displays many Alibaba-owned businesses as “mini-apps” on its default app landing page.

These synergies were attractive to potential partners: in 2018 U.S. coffee giant Starbucks (NASDAQ:SBUX) set up its first formal online delivery service in China with what it described as the “Alibaba ecosystem”.

To be sure, such arrangements were not unique to Alibaba and Alipay but were also made by rivals such as Tencent Holdings (OTC:TCEHY), who created their own ecosystems with their investee firms, while blocking rivals’ services, in a practice called “walled gardens”.

Chinese regulators criticised the practice last year, saying it affected user experience and damaged consumer rights which has prompted some of these apps to open up to rivals. Ele.me, for example, now accepts Tencent’s WeChat Pay as a payment option.

Alibaba and Ant have also co-invested in a number of deals.

In 2016, Alibaba and Ant invested $200 million each into ride hailing company Didi Chuxing, which is now called Didi Global.

They also previously held stakes in India’s Paytm Ecommerce, the parent entity of Paytm Mall, and still together hold a 29.4% stake in Chinese artificial intelligence startup Megvii through their subsidiaries.