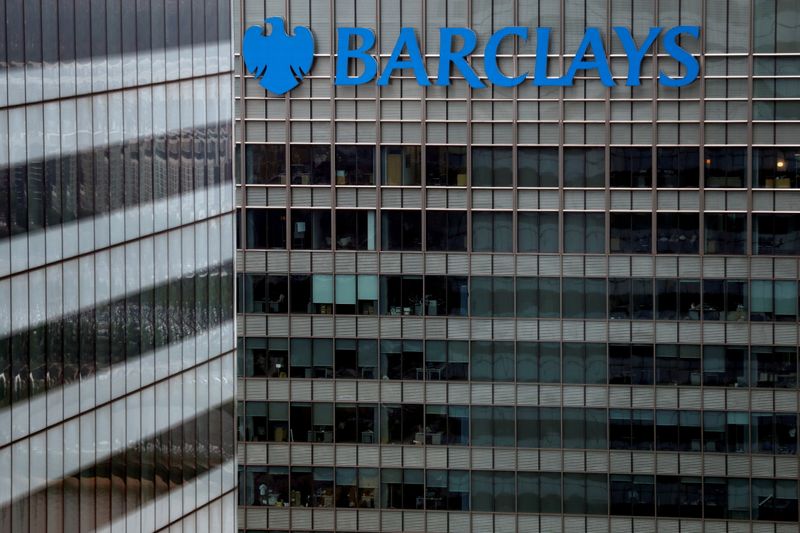 
LONDON (Reuters) – Barclays (LON:)’ Chief Executive Jes Staley unexpectedly left the bank on Monday due to a dispute with British financial regulators over how he described his ties with convicted sex offender Jeffrey Epstein.

He will be replaced by C.S. Venkatakrishnan, widely known as Venkat, who was previously Head of Global Markets.

Here are five facts about Venkat.

Venkat is one of a cadre of Barclays senior executives poached from rival JPMorgan (NYSE:) along with Staley. They include Global Head of Investment Banking Paul Compton, who was also Staley’s right-hand man in the reorganisation and streamlining of Barclays’ various group entities in recent years.

Others include Tushar Morzaria, who was Chief Financial Officer of the U.S. lender’s investment bank before taking up the CFO role at Barclays under Staley, and Ashok Vaswani who worked at a JPMorgan-funded private equity firm and now heads Barclays’ consumer banking division.

Although Staley’s departure is sudden, the British lender says it has had succession planning “in hand for some time”. The bank said in its stock exchange announcement on Monday that it had reviewed potential external candidates for the top role but identified Venkat as its preferred candidate over a year ago.

Barclays shook up its top ranks in September 2020, promoting Venkat from group chief risk officer to head up global markets to give him a run at leading the lender’s critical investment banking unit.

Barclays will be hoping Venkat’s experience as group chief risk officer – from 2016 to 2020 – will make him a safe pair of hands after Staley’s controversial tenure.

While in a senior risk job at JPMorgan, he flagged the potential for massive losses from a derivatives trade – a scandal later known as the “London Whale” that led to a $6.2 billion loss.

A U.S. Senate investigation found some losses could have been averted if JPMorgan had listened to Venkat’s warning, Bloomberg reported this month, adding Venkat was known for his unflappability and fondness for emojis even in a crisis.

Venkat has a bachelor’s degree, a master’s and a PhD from the Massachusetts Institute of Technology.

Venkat will be on a higher base salary than his predecessor, amid a red hot recruitment market as banks largely put COVID-19 costs behind them. Venkat will receive 2.7 million pounds ($3.69 million) in fixed pay – half in cash and half in shares. Although that tops Staley’s 2.4 million pounds a year, it’s still a cut from Venkat’s – undisclosed – fixed pay as head of global markets, Barclays’ board said.

Venkat will also be eligible for a bonus up to a maximum of 93% of his fixed pay and long term incentives up to 140% of fixed pay per year, as well as a cash payment in lieu of pension of 135,000 pounds a year.

Venkat is likely to pursue the same strategy as Staley at least in the near term, according to an internal memo to staff seen by Reuters on Monday.

“Jes has been my manager, mentor and friend for many years,” he wrote.

“The strategy we have in place is the right one, and we will continue our existing plans to transform our organisation and build on our financial prowess.”

Avoid These 3 Meme Stocks Like the Plague in November

Markets are focused on the future, and investors will soon return to stocks and ignore the current difficult macroeconomic situation caused by rising inflation.

About two-thirds of stocks are trading at a discount

Another indication that stocks are undervalued and we are in for a rally in the US stock bear is the fact that about 66% of the S&P 500 Index securities now have a forward P/E ratio below their historical averages.

Cyclical stocks and growth stocks are worth less than protective stocks

In contrast, securities from cyclical sectors such as consumer staples, energy and financials are trading at a discount relative to their forward P/E average. The same is true for communications services and IT.

Earnings forecasts are down, but may be up at the end of the third quarter

Fears that companies will record a big drop in profits are greatly exaggerated. The next earnings season, which begins in mid-October, will restore investor calm and spark a rally in the US stock bar.

Earnings forecasts are better now than at the end of 2021

Usually between January and September, earnings forecasts for S&P 500 companies are down 3.8%. This year, however, analysts have raised their estimates by 0.5%, despite high inflation affecting business margins.

In the third quarter, profits are expected to grow at an annualized rate of more than 3%. That said, it’s also expected that in each of the four quarters, companies will record exactly the growth, not the decline, in profits.

The fourth quarter is the best time for stocks

Losses in the previous three quarters lead to a rally in U.S. stock bear in the fourth quarter

Strong declines in the first three quarters of the year historically form the basis for outstanding results in the fourth quarter. For example, with the S&P 500 down more than 20% in September, the index cut its losses, climbing an average of 9.6% per quarter.

Earlier, we reported that European bourses were up noticeably in trading on Tuesday.

Major European stocks rose by an average of 1.4-2.8% on Tuesday, trading data showed.

Investors on European stock exchange markets were optimistic about the last trading on the American stock markets, which finished the trading session on Monday with growth of 2% and more.

Also, they paid attention to corporate news from Germany. The head of Volkswagen automobile concern Oliver Blumet told the Handelsblatt newspaper that he intends to bring all the subsidiaries to initial public offerings on the stock exchange, but for now “as a training”. He justified this decision by the success of the Porsche IPO. Against this background Volkswagen shares rose in price by more than 1%.

Traders also paid attention to BMW’s auto deliveries in the third quarter, which rose 3.2% YoY to 78,031.

Investors remain concerned about high inflation and attempts by the Federal Reserve (Fed) and other central banks to contain price pressures by aggressively raising interest rates. At the same time, the U.S. stock index fund on Friday was under the influence of rebalancing investor portfolios on the final day of the third quarter. Also, the market was assessing fresh statistical data that indicates the “health” of the U.S. economy.

U.S. household spending rose 0.4 percent in August compared with the previous month, according to a report from the nation’s Commerce Department. Experts polled by Bloomberg news agency forecast an average increase of 0.2%. Americans’ incomes rose 0.3 percent, as expected. Consumer spending accounts for about 70% of the U.S. economy.

The statistics also showed an increase in the rate of core inflation in the country, which speaks in favor of further tightening of monetary policy by the Federal Reserve. The PCE Core Consumer Price Index, which excludes food and energy costs, rose 4.9% year on year in August after rising 4.7% the month before.

Against this backdrop, Fed Vice Chair Leil Brainard’s statement about the need for continued efforts to fight inflation until final goals are reached sends a clear signal to U.S. stock market indices to continue the policy of raising rates.

“Monetary policy needs to be tight for some time to make sure inflation is moving toward the target level,” Brainard was quoted as saying by CNBC. – So we don’t intend to stop (raising rates) prematurely.”

The U.S. consumer confidence index rose to 58.6 points in September from 58.2 points a month earlier. Final data from the University of Michigan, which calculates the index, showed that. Preliminary data had suggested the index had risen to 59.5 points this month, and analysts surveyed by Trading Economics did not expect a revision.

All three U.S. stock indices recorded their biggest decline since 2002, from January to September.

Earlier, we reported that Asian stock markets were trading mixed.