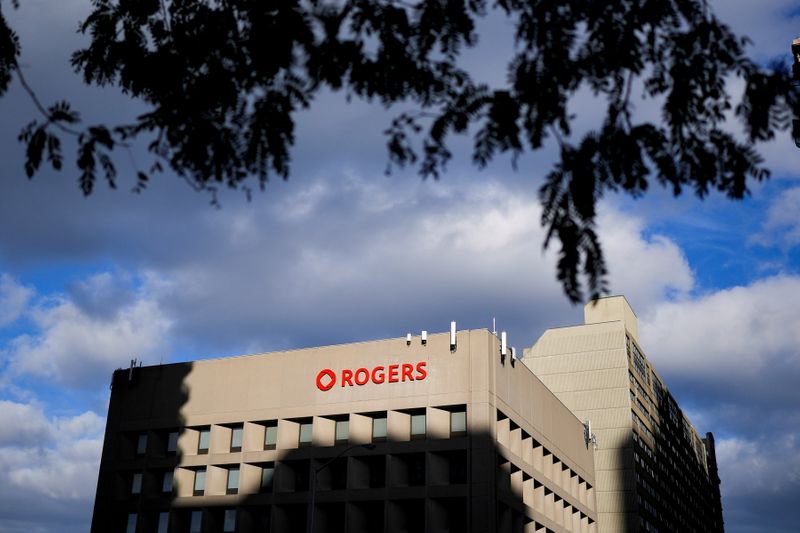 (Reuters) – Rival factions vying for control of Rogers (NYSE:) Communications Inc’s board will face off in the Supreme Court of British Columbia on Monday seeking legitimacy for their respective sides.

Here are the key players in the drama https://www.reuters.com/business/media-telecom/edward-rogers-files-petition-canadian-court-validate-new-board-rogers-2021-10-26 that has played out in the open over the past two weeks. The public dispute is rare in the Canadian corporate landscape.

Apart from the core telecoms business, Rogers owns a variety of businesses, including the Toronto Blue Jays baseball team, a franchising agreement with the National Hockey League, and a stake in Maple Leaf Sports & Entertainment Ltd, which owns the Toronto Maple Leafs hockey team and the Toronto Raptors basketball team.

* Edward Rogers – The only son of the late founder Ted Rogers, the 52-year-old Edward was removed as chairman of Rogers Communications on Oct. 21 after he attempted to push out CEO Joe Natale and replace him with former CFO Tony Staffieri without due process, according to an affidavit filed by Rogers Communications’ new chairman. As the chairman of the family-owned Rogers Control Trust, which owns the majority of voting shares in the company, Edward wields power in the ongoing battle. He formed a rival board which nominated him as the chairman and has petitioned the court to legitimize his slate of board members.

* Loretta Rogers – The family matriarch, Loretta, 82, is a Rogers board member and backs Natale as the CEO. She is also a member of the Rogers Control Trust, along with her daughters Melinda Rogers-Hixon and Martha Rogers. In an affidavit filed with the British Columbia court, Loretta said she disagrees with Edward’s portrayal of events in the lead-up to the boardroom brawl’s becoming public. Loretta initiated the motion to remove Edward as chairman and claims he lied to her about Natale’s performance. Edward argued in his affidavit that he wanted to remove Natale as CEO as he failed to turn around the business and he had lost confidence in his ability to lead the company through the C$20 billion ($16.1 billion) merger with Shaw Communications (NYSE:). In her affidavit, Loretta said, independent directors of Rogers had criticized Edward for trying to “insert himself as the de-facto CEO” and jeopardizing the planned C$20 billion ($16.1 billion) takeover of Shaw Communications.

* Joe Natale – Current CEO of Rogers Communications, Natale was hired from Telus (NYSE:) Corp more than four years ago to improve performance. Rogers shares are down 5.6% since Natale joined, while rival BCE (NYSE:) Inc is up 3.9% and Telus has jumped 27%. Natale inadvertently heard a conversation between former CFO Staffieri and another ex-Rogers executive that outlined the upcoming board and management shakeup in the company, which precipitated the crisis. Natale asked the independent directors to remove Staffieri, and he left soon.

* John MacDonald – The current Rogers Communications chair, MacDonald has disputed Edward’s claim that the company board had agreed to remove Natale. MacDonald, who was the lead independent director, has also claimed in his affidavit that the board believed Natale “had met the requisite performance criteria and exceeded his goals.”