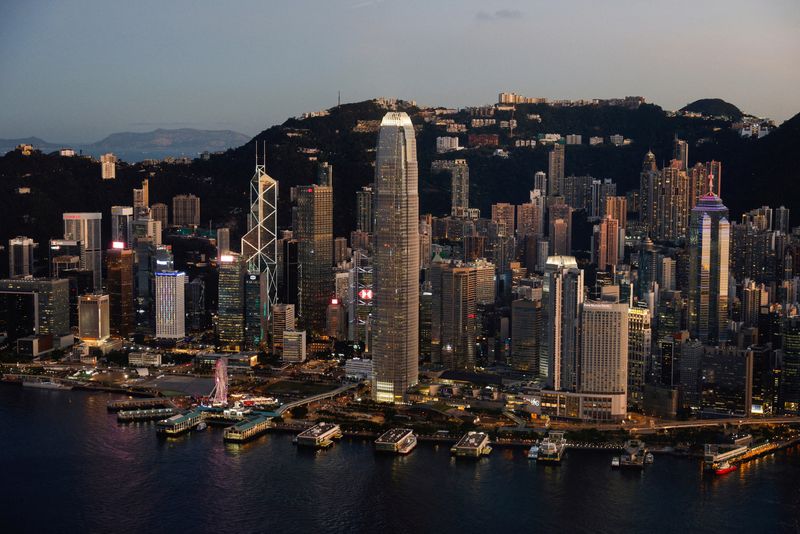 
HONG KONG (Reuters) – Hong Kong returned to China in 1997 after 156 years of British colonial rule. Here are some major milestones for the city’s financial markets:

The Hong Kong dollar was pegged to the U.S. dollar on October 17, 1983, with a trading band of between 7.75 and 7.85 per US dollar imposed since 2005. The Hong Kong Monetary Authority (HKMA), the city’s de-facto central bank, regularly enters the market to buy or sell the currency to keep it within the band.

Industrial and Commercial Bank of China became the first company to execute an IPO simultaneously in Shanghai and Hong Kong in 2006 when it issued A-shares and H-shares to raise US$21.9 billion, the largest deal in the world at the time.

Shanghai-Hong Kong Stock Connect was created in 2014 to provide mutual access between the equity markets of Hong Kong and mainland China. Two years later, the programme was expanded to Hong Kong and Shenzhen Stock Connect, which allowed mainland investors access to smaller companies in Hong Kong and international investors access to new economy companies listed in Shenzhen. The connect programmes now cover about 2000 stocks, according to Hong Kong’s Securities and Futures Commission (SFC). In May, China’s securities regulator agreed to include exchange-traded funds (ETFs) in stock connect programmes with Hong Kong.

Wealth Management Connect launched in September 2021, linking China’s southern province of Guangdong with Hong Kong and Macau, to allow cross-border funds management. The programme enables residents of Hong Kong and Macau to buy mainland investment products sold by banks in the Greater Bay Area, while allowing residents of nine Guangdong cities to buy those sold by banks in the two offshore centres.

Hong Kong Stock Exchange announced in 2018 https://www.reuters.com/article/uk-hkex-regulation-idUKKCN1G70VS it would allow companies with dual-class shares – or weighted voting rights – if they are considered to be “innovative”, in a move designed to facilitate listings from emerging business sectors. The decision was described by the law firm Skadden as the most significant change to Hong Kong’s listing rules in 20 years.

The weighted voting rights changes in 2018 prompted a wave of secondary – or homecoming listings – which kicked off with Alibaba (NYSE:BABA) Group in November 2019. The Jack Ma-founded e-commerce giant raised $12.9 billion in the deal that was the largest share sale in Hong Kong at the time for nine years. Since then, 18 companies have raised $42.3 billion, according to Refintiv data. The pace of homecoming listings has remained strong as Chinese companies trading in New York prepare contingency plans as U.S authorities press ahead with delisting firms that don’t meet regulators’ auditing requirements.

HKEX launched its MSCI A-share index futures product in 2021, an attempt to meet demand from investors in Chinese stocks for hedging tools at a time of surging volatility.

However, tight restrictions on the type of investors which could buy into the SPACs and banning retail participation dented demand for the products along with the current bout of market volatility.

Only two SPACs have listed since the start of the year.