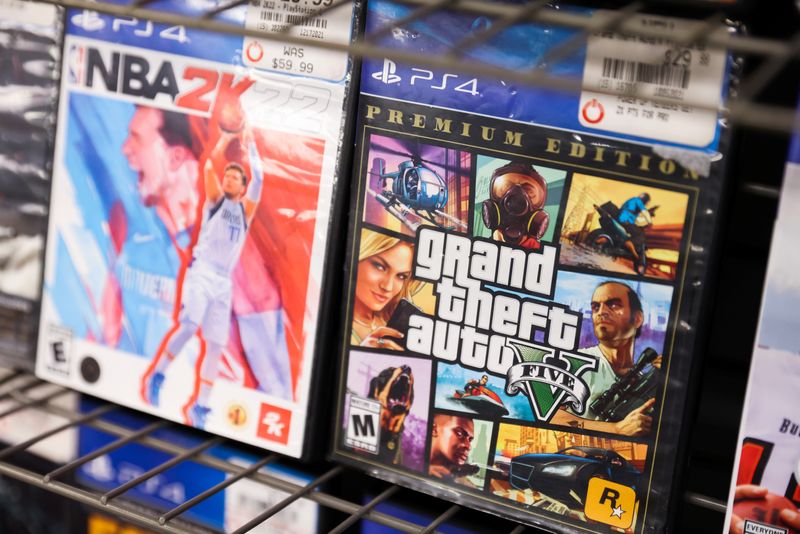 The return of social life in a reopening economy and a thin lineup of big gaming titles herald tougher times for the video-gaming industry as sales cool from dizzying heights hit during lockdowns.

“As the return to normalcy continues to unfold, the impact to our business, operations and financial results will depend on numerous evolving factors that we are not able to predict,” Take-Two said in a statement.

For the full year, Take-Two expects adjusted sales of $3.75 billion to $3.85 billion, while analysts were expecting $3.96 billion, according to Refinitiv IBES data.

The company’s forecast for first-quarter adjusted sales of $700 million to $750 million also came below estimates of $777.9 million.

However, the forecasts did not factor in its pending acquisition of “Farmville” maker Zynga (NASDAQ:ZNGA) or interest costs related to the deal, which is expected to close in May.

Quarterly net bookings – the products and services sold digitally or in stores – rose 8%, thanks to flagship titles like “NBA 2K22” and “GTA V” and the new “WWE 2K22”, but the figure still missed estimates.

Shares of the company rose 2.5% in extended trading.

Earlier on Monday, Saudi’s Public Investment Fund revealed in a filing that it more than doubled its stake in Take-Two during the quarter.