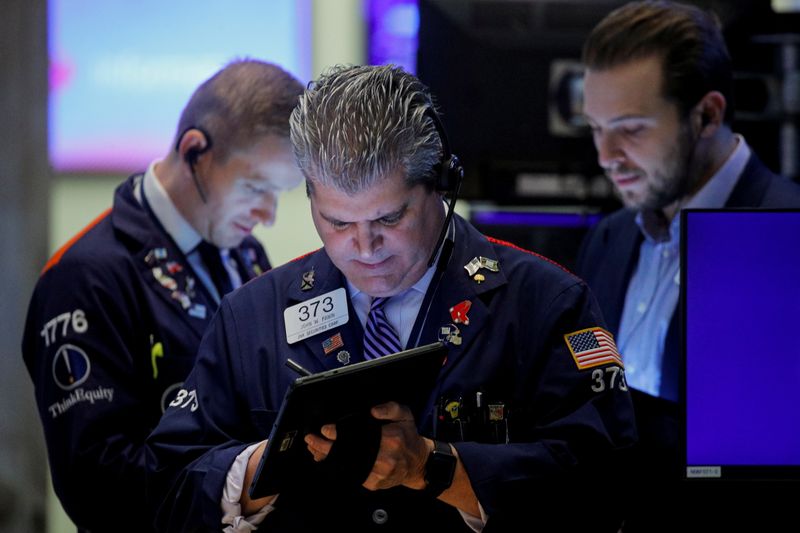 (Reuters) – Wall Street’s main indexes were little changed on Monday, hovering near record highs, as gains for energy shares and Tesla (NASDAQ:) were countered by declines in the tech sector, and investors looked to a major Federal Reserve meeting later in the week.

The Nasdaq led the way, while the eclipsed 36,000 points for the first time ever during the session.

The Federal Reserve on Wednesday is expected to approve plans to scale back its $120 billion monthly bond-buying program put in place to support the economy, while investors will also be focused on commentary about interest rates and how sustained the recent surge in inflation is.

“I think there is comfort in the Fed and this assumption that the Fed will be steadfast in its patiently accommodative position,” said Kristina Hooper, chief global market strategist at investment management company Invesco.

All three indexes hit intraday record highs during the session, with the up over 22% so far this year.

The small-cap was a standout on Monday, rising 2.4%.

With over half of S&P 500 companies having reported as of Friday, third-quarter earnings are expected to have climbed 39.2%, according to Refinitiv IBES.

“There continues to be positive sentiment around earnings despite some high-profile misses,” Hooper said.

Advancing issues outnumbered declining ones on the NYSE by a 2.46-to-1 ratio; on Nasdaq, a 2.67-to-1 ratio favored advancers.

U.S. regulators recommend issuers of ‘stablecoins’ be policed like banks