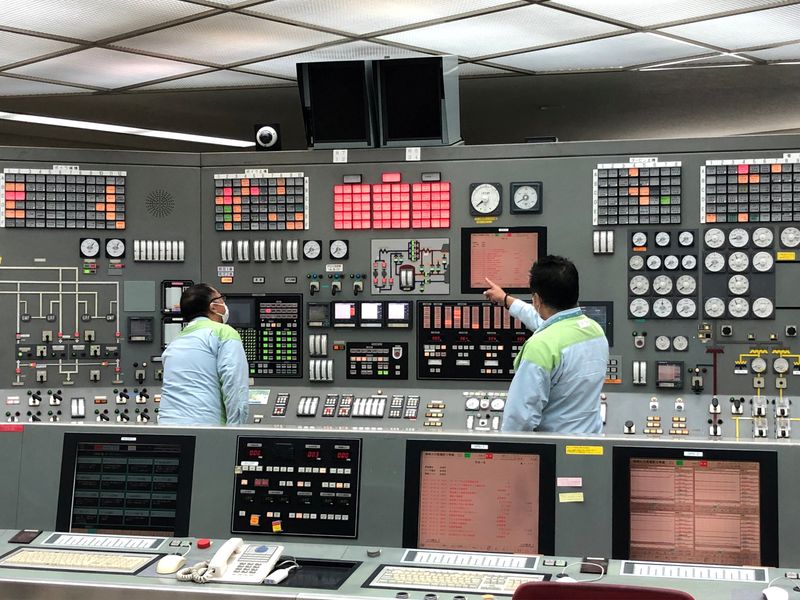 Japan’s energy supply problems relate to various domestic issues, including the suspension of some plants after March earthquakes in Fukushima, a drop in the number of thermal plants and delays to the restart of nuclear plants because of tighter regulation following the Fukushima disaster in 2011.

JERA is already set to restart the 45-year-old 600 megawatts (MW) No.5 gas-fired unit in Anegasaki between July 1 and Aug. 31, as it has won an auction to provide extra electricity during the summer to make up for any shortfall.

The company has begun equipment inspection work of the 600 MW No.6 gas-fired unit, with a view to resuming operation in the winter, when the electricity supply situation is expected to be even more severe than in the summer, Hiroaki Kamei, general manager at Anegasaki power station, told reporters on Wednesday.

Japan is predicted to face tight power supply this

summer, with three out of a total of 10 regions expecting excess generation capacity to fall in July towards the 3% threshold that makes shortages and blackouts more likely.

Electricity supply is expected to become even tighter in the winter, with estimated excess capacity declining below 3% in seven out of 10 regions in January and February, including the Tokyo area, where it is expected to slide below 0%.

“We are checking all equipment of No.6 unit to determine whether it can be restarted and what parts need repair,” Kamei said during a media tour of the facilities.

It will take about six months to inspect equipment and order necessary parts for repair as the 43-year-old unit has been mothballed since spring last year, he said.

It would be desirable to have a nation-wide electricity supply plan determined at the earliest possible time, he said.

Truist Securities Bullish on Verona Pharma Ahead of Key Readout