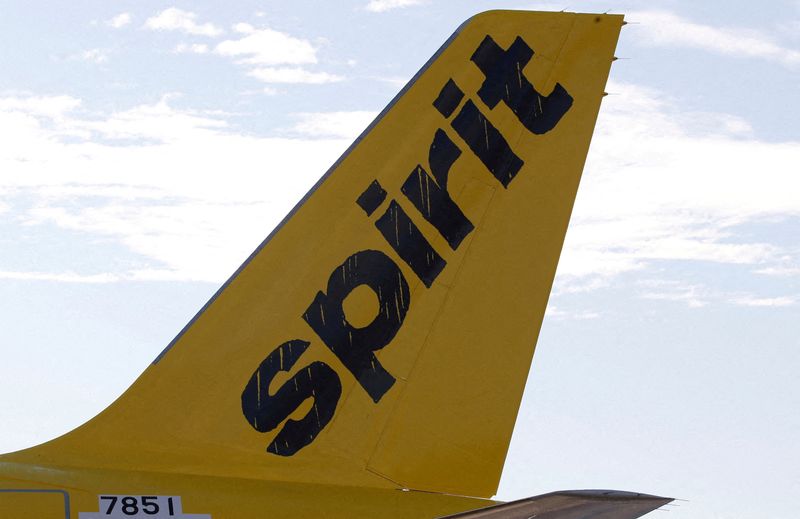 WASHINGTON (Reuters) -JetBlue Airways said Monday it had sweetened its takeover offer for Spirit Airlines (NYSE:SAVE) to $33.50 per share in a bid to convince the ultra-low cost carrier to accept its offer over rival Frontier Airlines’ proposal.

The move is the latest salvo in a tussle to create the fifth-largest U.S. airline, helping the buyer compete with larger legacy players at a time when the industry faces labor and aircraft shortages.

Spirit’s board had previously rejected the JetBlue offer, arguing that U.S. anti-trust regulators would not approve a tie up with JetBlue and noting that JetBlue refused to abandon its alliance with American Airlines (NASDAQ:AAL).

But Spirit said last week it was in talks with JetBlue over its offer and expected to decide on the proposal by June 30.

JetBlue’s latest bid represents a 68% premium to Frontier’s cash and stock offer, whose value stood at $19.99 per share as of Friday. Spirit shares closed up 2% to $21.28 on Friday.

The new proposal is $2 a share higher than its prior offer and includes what JetBlue termed a “stronger divestiture commitment” to complete the Spirit deal but does not include abandoning JetBlue’s Northeast Alliance with American Airlines.

Spirit said Monday https://www.businesswire.com/news/home/20220620005590/en/Spirit-Airlines-Board-of-Directors-to-Review-Revised-Proposal-from-JetBlue its board would work with financial and legal advisors “to evaluate JetBlue’s revised proposal and pursue the course of action it determines to be in the best interests of Spirit and its stockholders.”

JetBlue said it made the new offer “at the request of Spirit’s board and following completion of JetBlue’s diligence review and discussions with Spirit’s management team.”

Last week, Spirit granted JetBlue access to the same due diligence information shared with Frontier after failing to secure enough shareholder support for its deal with the rival suitor.

JetBlue Chief Executive Robin Hayes told Spirit’s board in a letter Monday that the airline looks “forward to hearing from you soon and hope to finally move towards signing of definitive documentation for our superior transaction.”

The Justice Department filed an antitrust lawsuit against American and JetBlue in September seeking to end the alliance, saying it would lead to higher fares in busy airports in the U.S. northeast.

Spirit rebuffed an initial $33 a share buyout proposal from JetBlue made in April, which JetBlue later revised to $30 and then to $31.50.

Spirit agreed to engage with JetBlue after the larger airline increased the reverse break-up fee by $150 million to $350 million, payable to Spirit shareholders, in case the deal falls through due to antitrust reasons.

JetBlue has agreed to prepay $1.50 per share of the $33.50 promptly following Spirit shareholders approval for a tie-up.

Spirit, however, continues to be in talks with Frontier under the terms of its existing merger agreement.