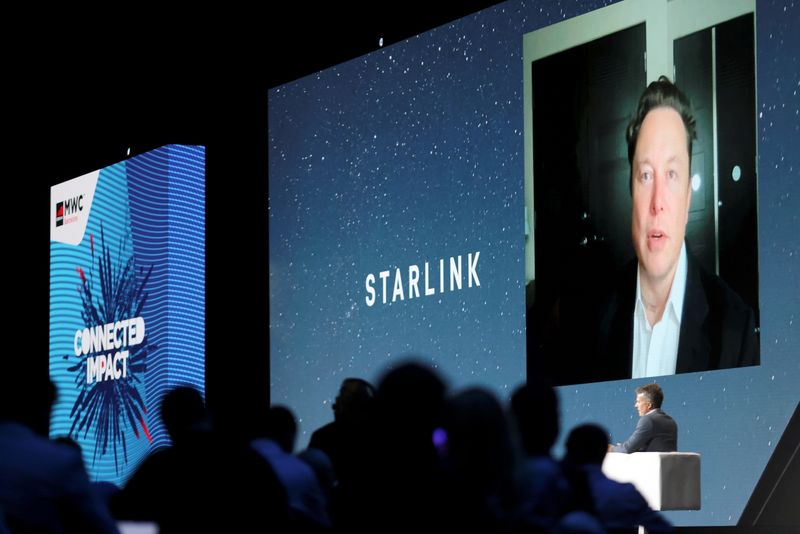 NEW DELHI (Reuters) – Starlink, the satellite internet division of billionaire Elon Musk’s rocket company SpaceX, registered its business in India on Monday, company documents filed with the government showed, as it gears up to launch internet services in the country.

Having a local unit, Starlink Satellite Communications Private Limited, will allow the company to apply for licenses which it needs from the government before it can provide broadband and other satellite-based communication services.

“Pleased to share that SpaceX now has a 100% owned subsidiary in India,” country director for Starlink in India, Sanjay Bhargava, said in a LinkedIn post.

“We can now start applying for licenses, open bank accounts, etc,” said Bhargava, who according to his LinkedIn profile joined the company only in October.

Starlink is one of a growing number of companies launching small satellites as part of a low-Earth orbiting network to provide low-latency broadband internet services around the world, with a particular focus on remote areas that terrestrial internet infrastructure struggles to reach.

Its competitors include Amazon.com (NASDAQ:)’s Kuiper and OneWeb which is co-owned by the British government and India’s Bharti Enterprises.

In India, Starlink plans to “carry on the business of telecommunication services” including satellite broadband internet services, content storage and streaming, multi-media communication, among others, according to the company filing.

It will also deal in devices such as satellite phones, network equipment, wired and wireless communication devices, as well as data transmission and reception equipment, it said.

Starlink separately said it will focus on “catalyzing rural development” in India through its broadband services, according to a company presentation shared by Bhargava on LinkedIn over the weekend.

Once it is allowed to provide services, Starlink will, in the first phase, give 100 devices for free to schools in Delhi and nearby rural districts. It will then target 12 rural districts across India.

The company aims to have 200,000 Starlink devices in India by December 2022, 80% of which will be in rural districts, it said in the presentation. Starlink has already received over 5,000 pre-orders for its devices in India.

Germany stocks higher at close of trade; DAX up 0.82%

“UK government bonds Bank of England will start to buy from September 28. The purpose of these purchases is to return to normal market conditions. Purchases will be made in any scale, which is necessary to achieve the goal,” – said in a statement of the British Central Bank.

The yield on U.K. 10-year government bonds reached 4.611 percent in Wednesday’s trading, recording the highest increase since 1957 since the beginning of the month. After the Bank of England’s announcement, yields fell about 45 basis points to 4.07%. The news also caused yields on other government bonds around the world to fall.

The surge in yields on British government debt is caused by the previously announced large-scale tax cuts, which, according to British authorities, will increase the budget deficit in the current fiscal year by more than 70 billion pounds.

Earlier, we reported that Goldman lowered its recommendation on global equities for the next 3 months to “below market”.

Goldman Sachs stock forecasts: Goldman has downgraded its recommendation for global stocks for the next 3 months to “below market”