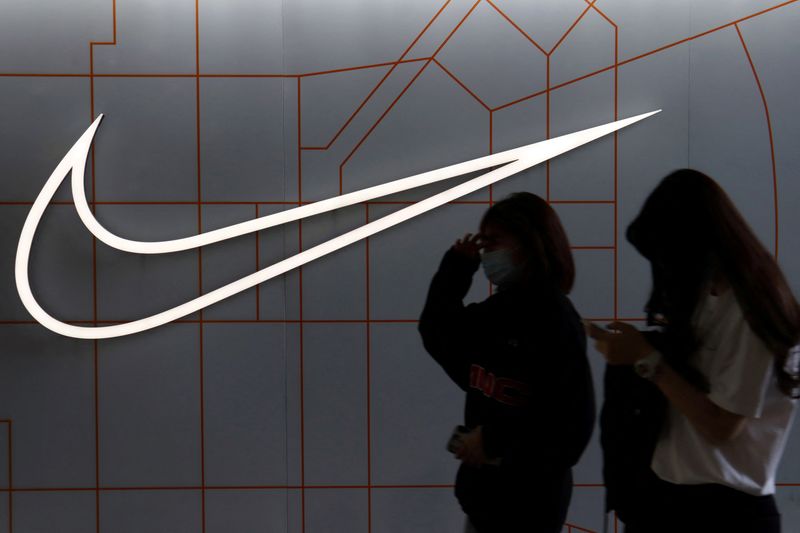 
(Reuters) -Nike Inc beat estimates for quarterly revenue on Monday, as strong demand for its athletic apparel and sneakers in Europe helped the company counter lower sales in China following pandemic-related lockdowns in the country.

The company’s shares rose about 1% to $111.80 after the bell and Nike (NYSE:NKE) also announced a new $18 billion class B stock repurchase plan.

Analysts are mixed about the company’s prospects in China this year even as pandemic-related restrictions have been lifted in several major cities, as people cut down on spending and a penchant for home-grown brands such as Li Ning and Anta remains firm.

Nike reported fourth-quarter revenue of $12.23 billion, beating estimates of $12.06 billion, according to IBES data from Refinitiv.

“It is hard to argue that Nike does not have strong demand for its products,” BMO Capital Markets analyst Simeon Siegel said, adding that the company’s consumers could now be “taking a post-pandemic breather”.

Nike recorded a charge of about $150 million related to its decision to exit Russia and transition of business models in a few South American countries.

The company said its inventories rose 23% to $8.4 billion as more of its products remain in transit due to ongoing global supply chain disruptions.