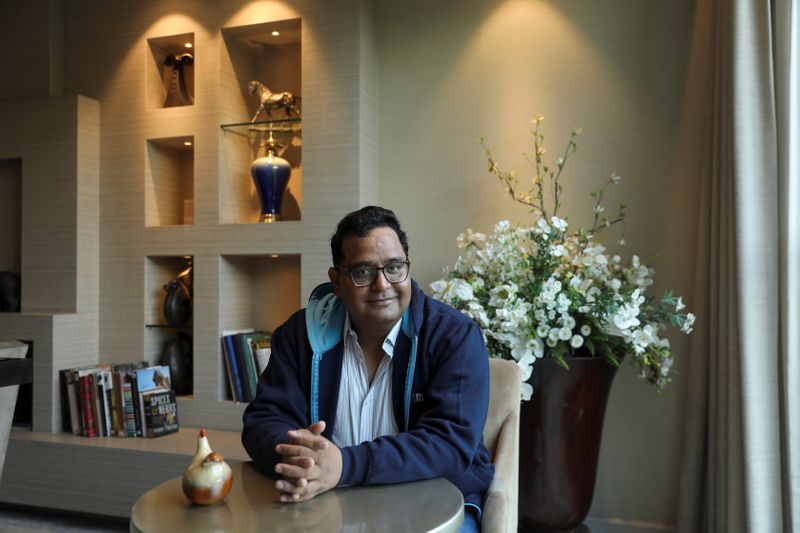 At the time, the trained engineer sold mobile content via a small company.

“Families of prospective brides would never call us back after finding out that I earn around 10,000 rupees a month,” Sharma said. “I had become an ineligible bachelor for my family.”

Last week, the 43-year-old Sharma led Paytm’s $2.5 billion initial public offering (IPO). The fintech firm has become the toast of a new India, where the first-generation of the country’s startups are making stellar stock market debuts and minting new millionaires.

Born to a school teacher father and a home maker mother in a small city in India’s most populous Uttar Pradesh state, Sharma, who became India’s youngest billionaire in 2017, still loves having tea at a roadside cart and often takes short morning walks to buy milk and bread.

“For a long time my parents had no idea what their son was doing,” Sharma said of the time China’s Ant Group first invested in Paytm in 2015. “Once my mother read about my net worth in a Hindi newspaper and asked me, ‘Vijay do you really have the kind of money they say you have?'”

Paytm began just over a decade ago as a mobile recharge company and grew quickly after ride-hailing firm Uber (NYSE:) listed it as a quick payment option in India. Its use leapfrogged in 2016 when India’s shock ban on high-value currency notes boosted digital payments.

Paytm, which also counts SoftBank and Berkshire Hathaway (NYSE:) as its backers, has since branched out into services including insurance and gold sales, movie and flight ticketing, and bank deposits and remittances.

While Paytm pioneered digital payments in India, the space soon became crowded as Google (NASDAQ:), Amazon (NASDAQ:), WhatsApp and Walmart (NYSE:)’s PhonePe launched payment services to grab a slice of a market expected to grow to more than $95.29 trillion by the end of March 2025, according to EY.

That push by global giants gave Sharma a rare moment of doubt, which he raised with SoftBank’s tycoon billionaire founder Masayoshi Son.

“I called up Masa and said – now everyone’s here, what do you think are my odds?”

Son, an early investor in Yahoo! (NASDAQ:) and Alibaba (NYSE:), told Sharma to “raise more money, double down and go all in” and focus all his energy on building payments, unlike rivals which had other primary businesses.

Sharma, who is married and has a son, said he has never looked backed since.

While some market analysts have concerns over when Paytm will turn profitable, Sharma is confident of his company’s success.

In 2017, Paytm launched a bill payments app in Canada and a year later entered Japan with a mobile wallet.

“My dream is to take the Paytm flag to San Francisco, New York, London, Hong Kong and Tokyo. And when people see it they say – you know what, that’s an Indian company,” Sharma said.

Deere strike to end as workers vote to approve contract