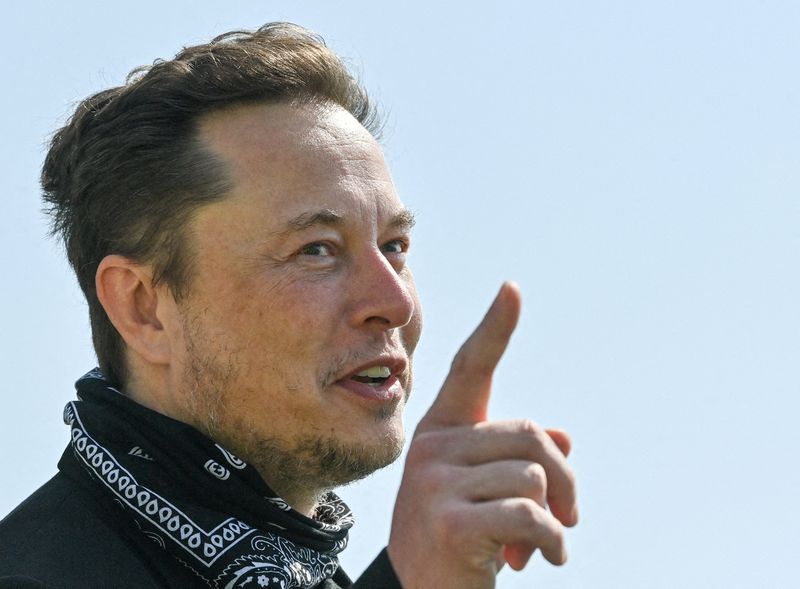 Below are analysts’ reactions to the announcement.

“My question would be if there’s more behind it than just concerns around the number of bot accounts or fake accounts. I know that’s been an issue that’s come out on previous quarterly calls with Twitter. I’m just kind of scratching my head on why that all of a sudden has become such a major issue for him and something he’s using to hold up his $44 billion acquisition.”

“Is there some other issue out there with regards to financing? I know he had a large pool of investors including Larry Ellison at Oracle (NYSE:ORCL) who were willing to pitch in on the acquisition.”

“Maybe he thinks he can get it at a lower price. The stock is drifting lower. Why all of a sudden has this popped up on the radar screen when he’s known about it for a long time.”

“It’s a conundrum because when you step back and look at the stock action of Twitter since it received the initial offer from Musk, it never priced in more than a 30-40% chance of this actually getting completed.”

“There’s been a lot of contemplation that it might not come to bear here. Now Musk’s tweets are stirring up the pot and causing even more confusion. That’s why we’re seeing the stock reaction we’re seeing today. How do we even know what temporarily on hold means.”

“Saying it’s temporarily on hold is not standard operating procedure when you’ve made a tender offer for a company. It’s confusing and also nonsensical. It just doesn’t hold up.”

“Elon Musk, who has secured financing for the tender offer he’s already made, will likely be legally bound to either complete this or pay the breakup fee, which is no small thing.”

“It shouldn’t affect Tesla shareholders. From the beginning of his initial offering and up until now he’s had to pledge less of the Tesla shares as collateral for the financing that he’s doing. So the impact on Tesla has diminished over time, but there still is some. If he doesn’t have to pledge some of the shares, investors of Tesla may be looking at it and saying, okay, he’s not going to be a forced seller to get this deal done.”

“I think that the Twitter story stays a Twitter story without an impact to the broader market. After all, this is just an M&A issue”

“Just always felt like deal was suspect and now get sense it won’t happen and maybe was never going to.”

“I think (short-seller) Hindenburg hit nail on head. Can renegotiate lower price or walks away having offloaded lots of Tesla.”

“There were lot of investors thinking that the fact that Musk could come in and was offering a decent amount per share was providing something of a safety net at a time when tech shares are falling. The fact that there isn’t anyone else to step in does suggest that if this deal doesn’t happen, Twitter is going to have to lick its wounds and that’s going to take some time.

“Investors just don’t know quite what this man (Elon Musk) is going to do next. He’s a total maverick. Which makes him either incredibly fantastic or a total liability, depending on which way you look.”

“Musk’s Twitter takeover was always destined to be a bumpy ride, and now it risks hitting the skids over the number of fake accounts on the platform.

“There will also be questions raised over whether fake accounts are the real reason behind this delaying tactic, given that promoting free speech rather than focusing on wealth creation appeared to be his primary motivation for the takeover.

“The $44 billion price tag is huge, and it may be a strategy to row back on the amount he is prepared to pay to acquire the platform.”

“This adds a bit of uncertainty to the tech sector, but I think this is very company specific, I don’t see for instance any impact on European stocks.

“It keeps the pressure on the tech sector though, but my feeling is that there’s limited read-across impact to be expected. Of course, it doesn’t contribute to boost optimism for the sector.”

“Obviously, the markets are reacting as if he is going to pull out of the deal, otherwise why are Twitter shares down 20%. So maybe he’s (Elon Musk) paving the ground for pulling out of the deal.

“But the timing is curious given the lengths he’d gone to secure financing for the deal. So, maybe some share holders in SpaceX and Tesla said they want his attention on his primary concerns there. This is straight out of the Musk play book, keeping shareholders on their toes.”

“Laughable. We’d always said he may cut or run or change his tune at the 11th hour and 59 minutes and 59 seconds on the clock. It is farcical.

“He has never had the full funding – we know that from his constant attempts to get financial support – but he also held all the cards. And the Twitter board have been held hostage and only have themselves to blame for this mess. No other buyer will emerge – if he decides he is still interested he can ‘name his price’… and it won’t be higher!

“They (the board) should have seen this coming. There was a specific performance clause in the merger agreement (section 9.9), which gave Twitter the right to ‘consummate the closing (of the deal)’ but only if he had the financing… which he doesn’t.” 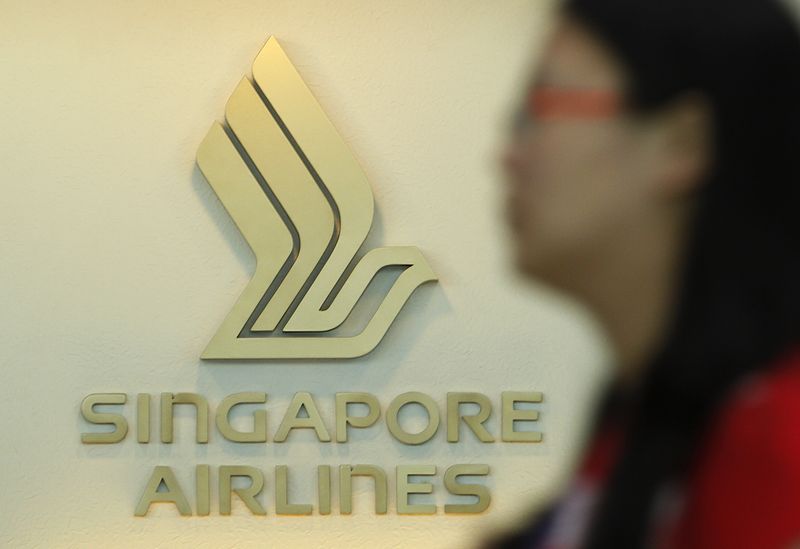 © Reuters. FILE PHOTO: A woman walks past a Singapore Airlines (SIA) logo at a ticketing booth at Changi airport in Singapore May 14, 2013. REUTERS/Edgar Su


(Reuters) -Singapore Airlines Ltd (SIA) does not expect its growth plans to take a major hit because Boeing (NYSE:BA) Co pushed back the date for delivery of its first 777X planes, the carrier’s chief executive said on Thursday.

Last month, Boeing confirmed a delay to 2025 in handing customers the first 777X jet from a prior target of late in 2023, but said it retained confidence in the programme.

Before the delays, SIA had expected to receive by the end of 2023 the first of the 31 777X planes it has on order, Chief Executive Goh Choon Phong told analysts and media.

“At the moment I don’t think that our growth plan will be severely hampered,” he said.

“We do have some flexibility in terms of making up for any potential loss of capacity,” he said, referring to the airline’s fleet plan.

The comments came after the carrier posted on Wednesday a narrower annual loss of S$962 million ($693.63 million) for the 12 months ended March 31, including second-half operating profit of S$10 million as border curbs eased and passenger numbers rose.

SIA said passenger capacity would average about 61% of pre-pandemic levels in the first quarter and 67% in the second quarter of the current financial year.


GUATEMALA CITY (Reuters) – Guatemala’s congress approved on Wednesday a $500 million loan from the World Bank that the government has said will be used to pay down debt, freeing up funds for social spending.

The loan was supported by the government and its allies and passed with 86 votes in the Central American country’s 160-seat legislature.

Finance Minister Alvaro Gonzalez Ricci said this month that the “indispensable” loan would save funds that could be used for social spending.

The minister said a 0.75% annual interest rate would save some 1.8 billion quetzales ($233.7 million) over the loan’s 13-year period by substituting more expensive treasury bonds.

“It is a rate that is impossible to obtain in international or local financial markets,” Gonzalez Ricci said.

Guatemala reached a deal for the loan in 2020 but the government presented it to congress this year.

General elections are scheduled for next year.

Some critics have said the government should not be taking on the loan amid questions about how the funds will be spent, media has reported.

“Hopefully, the people of Guatemala will raise their voice against this brazenness,” opposition lawmaker Samuel Perez said before voting against the loan.

The Mexican government has 10 days to decide whether to conduct a review. The Economy Ministry said it received the U.S. request and would consult with the Labor Ministry before sending a response.