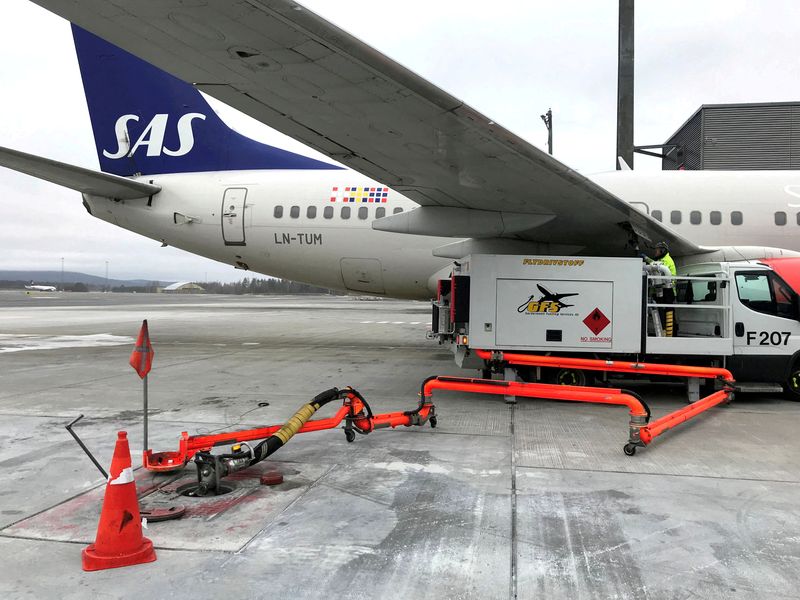 COPENHAGEN (Reuters) – Scandinavian airline SAS began last-ditch wage talks with pilots on Tuesday, negotiators said, hoping to avert a major strike after midnight that could paralyse much of the embattled carrier’s operations.

The labour strife is the latest across Europe’s aviation sector as millions of workers struggle with rising costs of living, prompting trade unions to demand higher wage increases and stage walkouts and disrupting travel.

Already struggling with too much debt and sluggish demand for business travel following the pandemic, a strike could further hamper SAS’s plans to restructure its business and raise cash from investors.

The carrier late on Monday announced what it said were precautionary measures to support customers in case of a strike, including the right to rebook on similar flights within the next 360 days.

Up to 1,000 pilots, around 80% of those flying for SAS, could go on strike from midnight local time (2200 GMT) unless an agreement is found over wages and other conditions, labour unions have said.

Wage talks in the Nordic region sometimes stretch for hours past the official deadline, however.

Progress in the months-long talks has been slow, and it was still too early to say if a deal could be struck, said a source with close knowledge of the talks, who spoke on condition of anonymity as the deliberations are confidential.

Pilots were angered by SAS’s decision to hire new pilots through two new subsidiaries – Connect and Link – instead of first rehiring former employees dismissed during the pandemic, when almost half of its pilots were let go.

A strike would include all pilots from parent company SAS Scandinavia, but not Link and Connect, said FPU, a union which organises the 260 pilots attached to the two units.

“We do not understand why the pilots in SAS Scandinavia want to push SAS off the cliff. A conflict will threaten the jobs of thousands of other colleagues,” Thilde Waast, chair of the FPU, said in an email.

In the latest sign that relations have soured, the airline has given notice of lockouts to its Swedish and Danish pilots in response to the strike warning, two sources told Reuters.

Spokespeople for the unions declined to comment on ongoing negotiations. SAS was not immediately available for further comment.