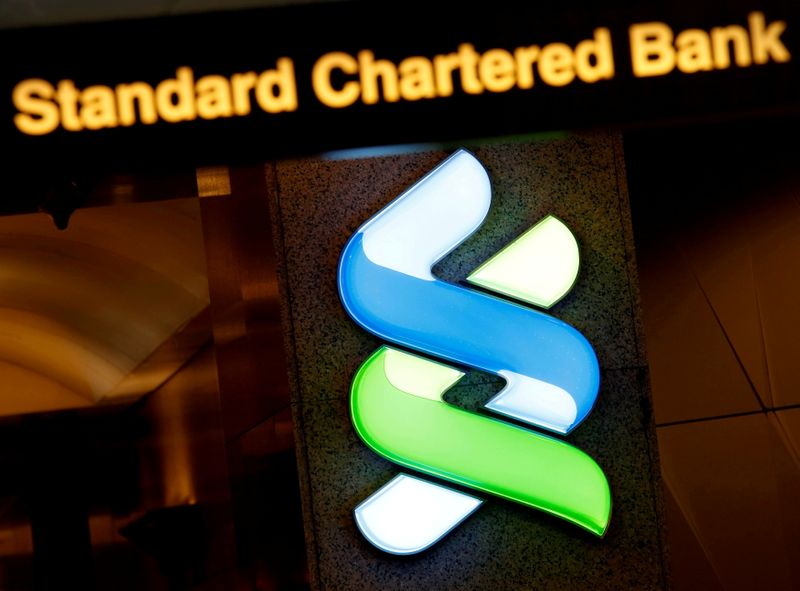 
By Anshuman Daga and Lawrence White

SINGAPORE/LONDON (Reuters) -Standard Chartered rode a recovery in pandemic-hit markets to post a stronger-than-expected pre-tax profit for the third quarter on Tuesday, aided by lower credit charges and growth in trade finance.

Statutory pretax profit for the bank, which earns most of its revenue in Asia, jumped to $996 million in July-September, from $435 million a year earlier and better than the $942 million average estimate of 16 analysts as compiled by the bank.

The beat comes amid a push by CEO Bill Winters, who took charge in 2015, to restore growth while creating a portfolio of digital assets in the last few years, after repairing the bank’s balance sheet and slashing thousands of jobs in his early years.

Still, StanChart’s London-listed shares have underperformed rivals since then, and are up 8% this year versus a 18% rise for HSBC and 37% surge for Barclays (LON:).

The London-headquartered bank’s overall quarterly income rose 7% to $3.8 billion from a year earlier.

StanChart, which bases its business on capturing trade flows between its key markets of Asia, Africa and the Middle East, said trade income rose 13% to the highest since early 2018.

The bank has suffered more than most rivals in recent years from rising geopolitical tensions, including between the United States and China, which have subdued global trade flows.

StanChart reported credit impairment charges of $107 million in the third quarter versus $353 million a year earlier and said it expects these to remain at low levels in the fourth quarter.

The bank said it had $4.2 billion in exposure to China’s real estate sector, where China Evergrande Group is grappling with a $300 billion debt pile and stoking worries of further defaults and contagion risks.

“We continue to monitor the potential second order impacts of recent developments,” StanChart said, stating an overall exposure of $18.5 billion to commercial real estate, a fraction of its total group customers loans and advances of $302 billion.

Like larger rival HSBC, StanChart has been betting on the world’s second-largest economy to help drive its growth amid sluggish prospects in western markets.

Winters faces a challenge to convince investors of StanChart’s prospects as, according to Refinitiv data, the bank trades at 0.44 times book value for 2022 versus 0.62 times for HSBC and 0.55 for Barclays.

He is by far the longest-serving CEO at a major British-based bank. The shock departure of Barclays CEO https://www.reuters.com/business/barclays-ceo-staley-stand-down-following-epstein-investigation-2021-11-01 Jes Staley on Monday means it along with HSBC, Lloyds (LON:) and NatWest have all seen change at the top in the last two years.