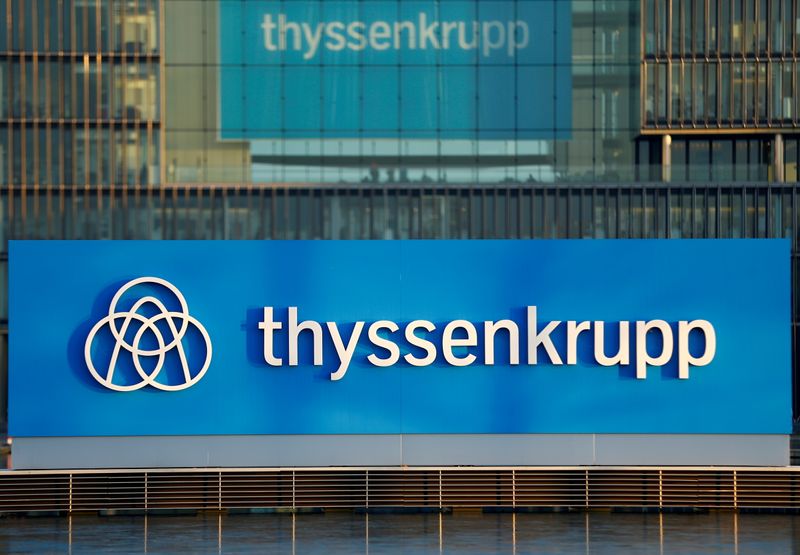 By Christoph Steitz and Tom Käckenhoff

ESSEN, Germany (Reuters) – Thyssenkrupp (DE:) mapped out plans to break off further parts of its sprawling empire on Thursday, continuing a major overhaul that has put the conglomerate on a more stable financial footing after years of losses and leadership crises.

“We’ve left no stone unturned in our business to improve our performance,” Chief Executive Martina Merz said. “After a good two years of intensive transformation work, we can now say that the turnaround is evident.”

The submarines-to-steel group, which was forced to part ways with its elevator division last year to avert collapse, said it was now preferring to list its hydrogen unit Uhde Chlorine Engineers (UCE) in an initial public offering.

UCE, a 66-34 joint venture of Thyssenkrupp and Italy’s De Nora, is the world’s largest supplier of chlor-alkali membrane technologies used to produce hydrogen. Analysts have valued UCE anywhere between 3 billion to 6 billion euros.

Merz said Thyssenkrupp would keep a majority stake in UCE in an IPO, which is planned for the spring, adding a capital markets day for the unit was targeted for January.

Thyssenkrupp is also studying the conditions that are required for a spin-off of its steel division, Europe’s second-largest, a move previously flagged but dependent on government subsidies to shift the focus towards carbon neutral production.

Shares in Thyssenkrupp rose as much as 7.4%.

Corporate break-ups are in vogue amid a growing consensus that companies perform best if they are focused more closely on related business areas, as well as increasing pressure from activist hedge funds pushing them in that direction.

More concrete plans for additional listings at Thyssenkrupp come as operating profit is expected to more than double next year, partly boosted by a broader economic recovery for its products, which also include car parts and bearings.

“However, enormous challenges remain, especially due to the semiconductor shortage and the uncertainties arising from the coronavirus pandemic,” Merz said.

CNH’s Iveco targets up to 17.5 billion euros in industrial revenues in 2026