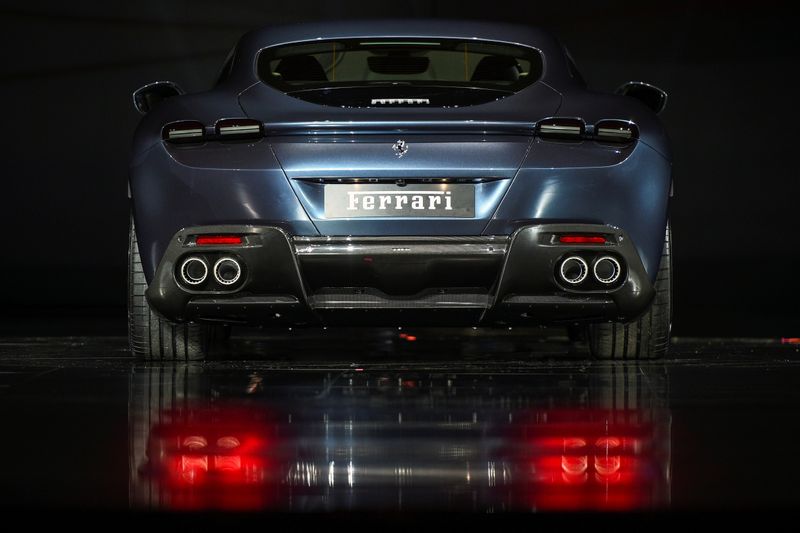 The company was seeing a “record order intake” worldwide, particularly in China and the United States, Vigna said.

A richer product mix thanks to the hybrid SF90 family and the Monza SP1 and SP2 models drove 12% growth in third quarter core earnings, prompting the upgrade to full-year guidance, although that was partially offset by the ramp-up of the Roma Grand Tourer and reduced contribution from the 812 Superfast 12-cylinder model, Ferrari said.

It now expects full-year adjusted earnings before interest, tax, depreciation and amortisation (EBITDA) for 2021 of around 1.52 billion euros ($1.76 billion). That is above the previous guidance of between 1.45-1.50 billion euros.

“The strong third quarter results are an important step forward towards the upward revised 2021 guidance,” said Vigna, who took over at the start of September.

However, Ferrari said its full-year revenue would come in at 4.3 billion euros or lower, compared to the previous forecast of around 4.3 billion euros. It didn’t elaborate on the revenue guidance tweak.

Still, the shares remain close to all-time highs after a rise of almost 20% since early October.

In the third quarter, adjusted EBITDA grew 12% to 371 million euros, slightly topping analyst expectations of 365 million euros, according to a Reuters poll, while revenue rose 19% to 1.053 billion euros.

Vigna, 52, a former head of the biggest division of semiconductor maker STMicroelectronics, was appointed to fill a vacancy at the top of the carmaker, after former CEO Louis Camilleri resigned last December, citing personal reasons.